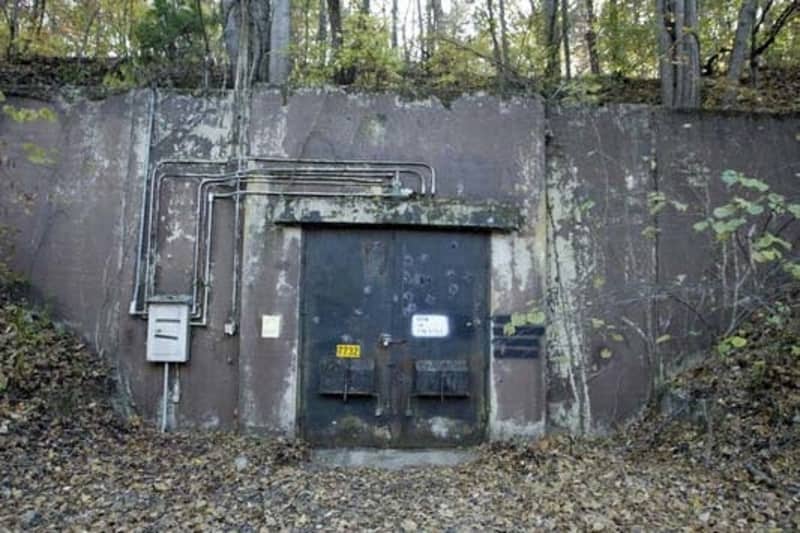 The Clarksville Modification Center was established in 1958 for the purpose of testing and modifying the components of nuclear weapons. The Center was located near Clarksville, TN, on a corner of the Ft. Campbell, KY, military reservation. Prior to 1958 some buildings were used by the AEC for storage. The Clarksville Modification Center was closed in September 1965 and its functions were transferred to Pantex and Burlington. In 1967 the AEC surrendered control of the area back to the Army.
Throughout the course of its operations, the potential for beryllium exposure existed at this site. 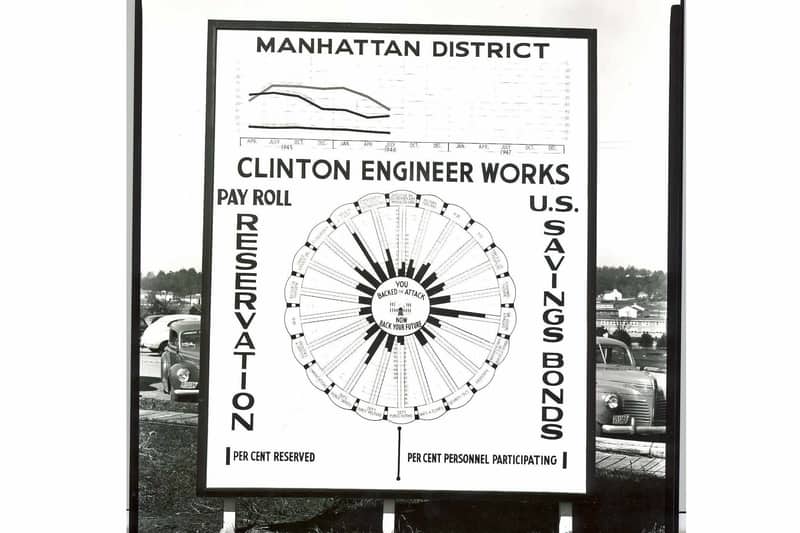 In 1943, as part of the Manhattan Engineer District, the US. Government purchased 59,000 acres 12 miles west of Knoxville, Tennessee because it needed a remote location to build production plants and laboratories to produce plutonium and enriched uranium for the atomic bomb project. This facility was known as the Clinton Engineer Works (CEW) and was referred to generally as Oak Ridge. The entire CEW was bounded by security fences from February 1943 through March 1949. Within the CEW were the processing plants, known as Y-12, K-25 and X-10 (now ORNL) each of which had its own security fence (a fence within a fence) and has been designated separately for purposes of the EEOIPCA. During this time, Roane Anderson Company managed, operated and maintained residences, apartment, dormitories, guest houses, barracks, hutments, trailers, restaurants, cafeterias, buses, roads, streets, sidewalks, garbage and sewage disposal, heating plants and more for the CEW. Roane did not, however, operate the processing plants and laboratories. The CEW gates came down in March 1949. This meant that people no longer needed a security clearance to enter the CEW, though clearances were still required to enter the plants and laboratories. The fences surrounding the processing plants also remained. It was also in 1949 that the privatization of what is today known as the City of Oak Ridge began. 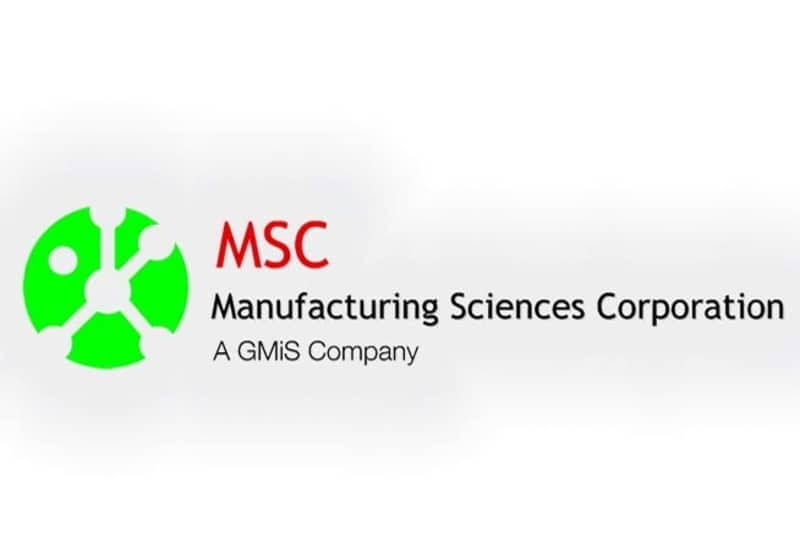 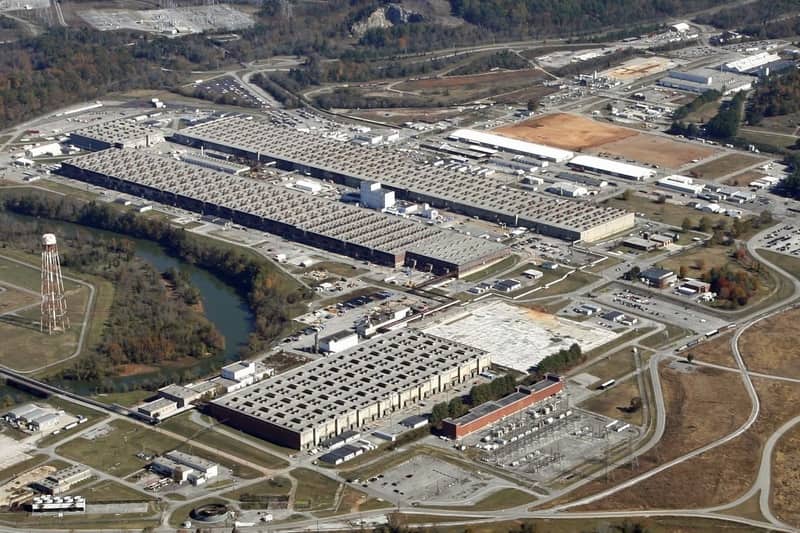 The K-25 gaseous diffusion plant was built as part of the World War II Manhattan Project to supply enriched uranium for nuclear weapons production. Construction of K-25 started in 1943. It was the first diffusion facility for large-scale separation of uranium-235. It became was fully operable by August 1945. Additional buildings involved in the enrichment process were operable by 1956. Along with the plants in Paducah, KY, and Portsmouth, OH, the site was used primarily for the production of highly-enriched uranium for nuclear weapons until 1964.
From 1959 to 1969, focus shifted to the production of commercial-grade, low-enriched uranium. In 1985, declining demand for enriched uranium caused the enrichment process to be placed on standby. In 1987, the process was stopped permanently.
The Oak Ridge Gaseous Diffusion Plant was also a host for centrifuge facilities constructed as part of a program to develop and demonstrate uranium-enrichment technology. These facilities have also been shut down.
Throughout the course of its operations, the potential for beryllium exposure existed at this site, due to beryllium use, residual contamination, and decontamination activities.
Since 1988, the primary DOE mission at K-25 has been remediation, though on-site DOE contractors and sub-contractors continue to provide on-site services which are covered under EEOICPA. Also during this time, DOE paid for the construction of the Toxic Substances Control Act. (TSCA) incinerator which disposed of certain regulated wastes, much of which originated at various DOE facilities. In 1997 the name of the facility was changed to the East Tennessee Technology Park (ETTP) to reflect its changing nature. However, during this period of remediation, the process of privatization of K-25 into the ETTP was ongoing. This privatization effort involved leasing portions of the premises out to private industry to conduct their own business there. These private businesses and their employees are not covered under the EEOICPA. 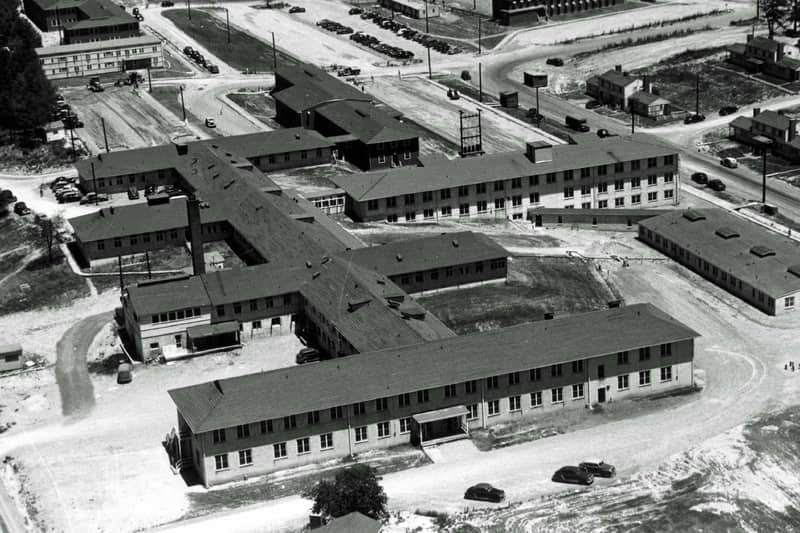 Originally a US Army Hospital for the Manhattan Project workers, this facility was operated for the AEC by Roane-Anderson Co. In 1959, ownership of the hospital was privatized and its operation taken over by the Oak Ridge Hospital of the Methodist Church. 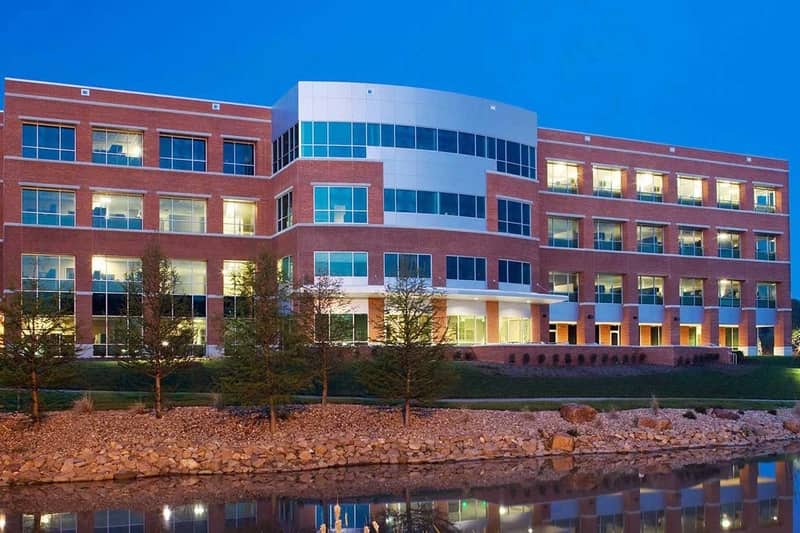 Oak Ridge Associated Universities (ORAU) is a university consortium leveraging the scientific strength of 105 major research institutions to advance science and education by partnering with national laboratories, government agencies, and private industry. 1966, ORINS became known by the name of the operating contractor, ORAU. In the early 1990s, the name was changed to ORISE, the Oak Ridge Institute for Science Education. ORAU manages ORISE for the U.S. Department of Energy. ORISE focuses on scientific initiatives to research health risks from occupational hazards, assess environmental cleanup, respond to radiation medical emergencies, support national security and emergency preparedness, and educate the next generation of scientists.
The South Campus Facility was originally established to study accidental irradiation of cattle during testing of the first atomic bomb near Alamogordo, New Mexico. This facility was also known as the Agricultural Research Laboratory and Farm and then as the Comparative Animal Research Laboratory (CARL). It was operated by the University of Tennessee for the Atomic Energy Commission until it was assigned to ORAU and ORISE in 1981. 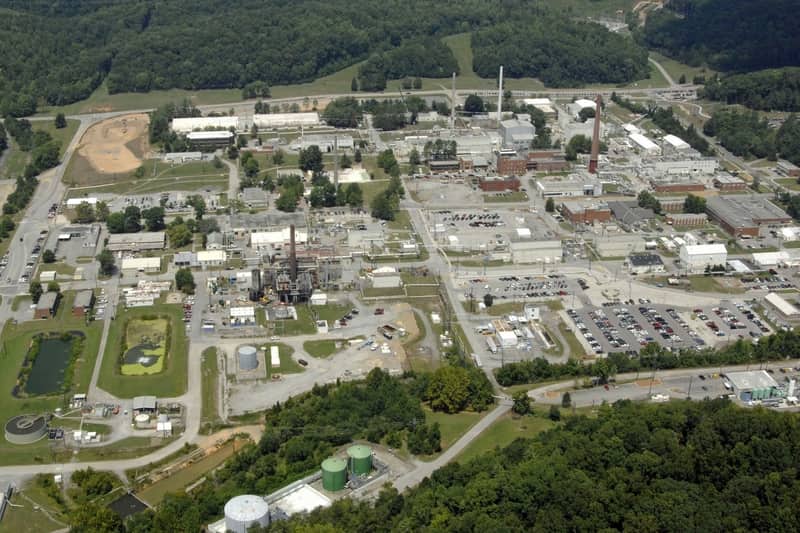 During the Manhattan project, the Oak Ridge National Laboratory (ORNL) site was used by the University of Chicago Metallurgical Laboratory to construct the first pile semiworks - a test plant that would move the plutonium product process from the research stage to large scale production. DuPont began construction of the test pile, the X-10 reactor in March 1943 and was ready for operations by January 1944. A research facility designated as the Clinton Laboratories was built during the war to support X-10 reactor activities and included chemistry, health and engineering divisions.
After the war, the laboratory was transformed from a war production facility to a nuclear research center and changed its name to Oak Ridge National Laboratory in 1948. The Laboratory's research role in the development of nuclear weapons decreased over time, but the scope of its work expanded to include production of isotopes, fundamental hazardous and radioactive materials research, environmental research, and radioactive waste disposal.
Throughout the course of its operations, the potential for beryllium exposure existed at this site, due to beryllium use, residual contamination, and decontamination activities.. 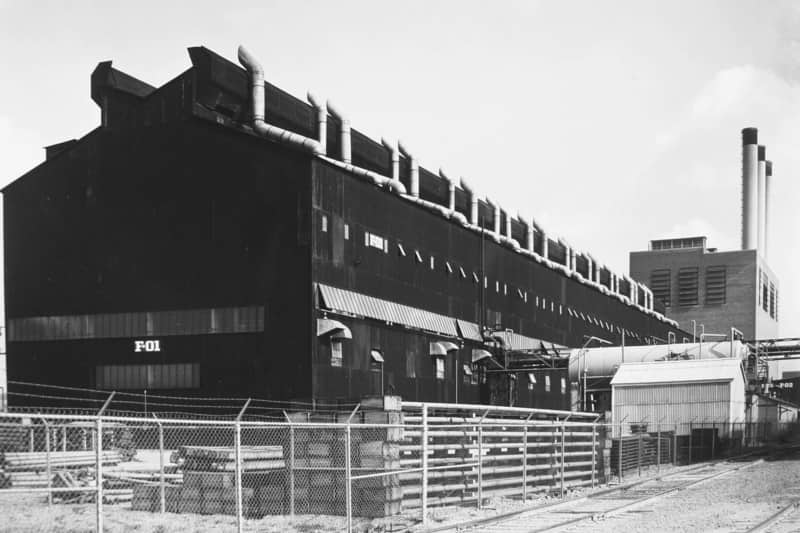 The S-50 Plant at Oak Ridge was constructed in 1944 to enrich uranium feed material for the Y-12 electromagnetic facility using a liquid thermal diffusion process. The process was originally developed at the Naval Research Laboratory in Washington, DC, and tested on a pilot plant level at the Philadelphia Naval Shipyard. Located near the K-25 gaseous diffusion facility, the S-50 Plant operated for a limited period during 1944-1945. The plant was closed in September 1945 because the thermal diffusion process was not as efficient as the gaseous diffusion.
The S-50 plant was reopened in 1946 as part of the joint Air Force/AEC project to investigate the possibility of developing a nuclear-powered airplane. This project, known as Nuclear Energy for the Propulsion of Aircraft (NEPA), was housed at S-50 and the contractor was the Fairchild Engine and Aircraft Corporation. Fairchild's NEPA Division at S-50 conducted a number of experiments involving beryllium powder during the time period 1946-1951. 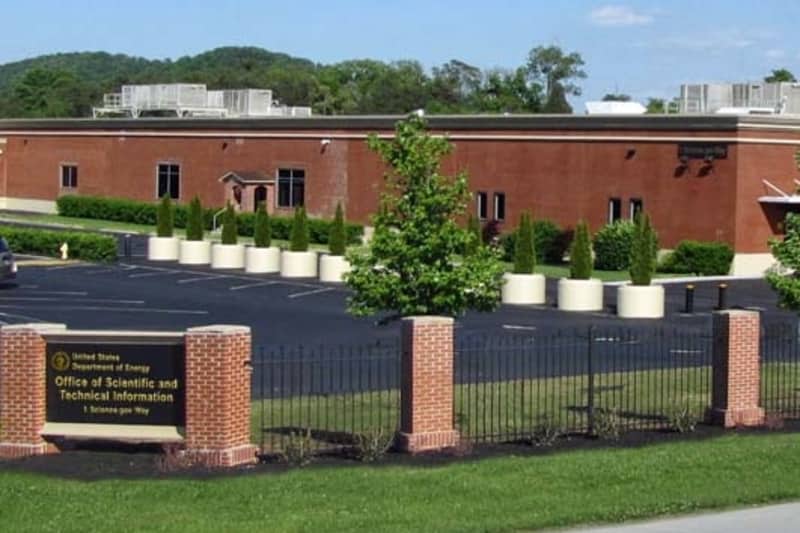 Office of Scientific and Technical Information

The Office of Scientific and Technical lnformation was created to serve as a federal government repository for all technical reports pertaining to the Department of Energy and its predecessor agencies. 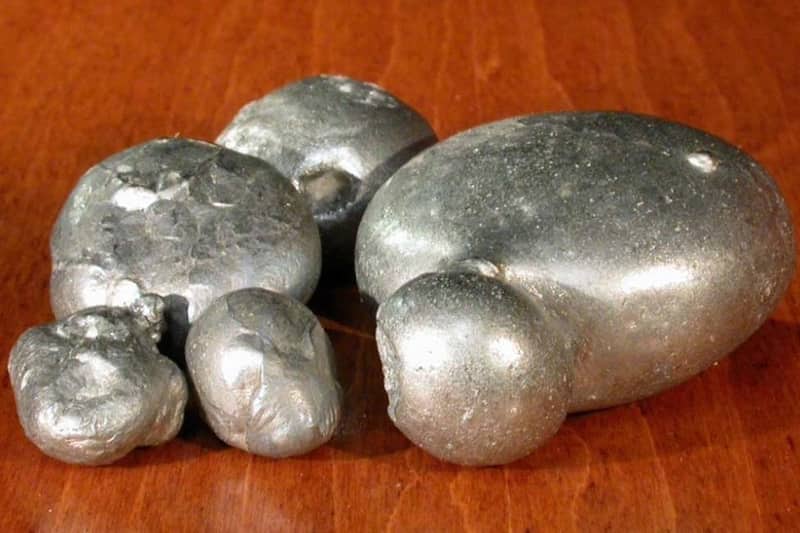 Records indicate that "Vitro Corporation" of Chattanooga, TN performed some beryllium work for Y-12 during the period 1959-1965. A 1962 document also mentions that the AEC met with members of the beryllium industry, including representatives from "Vitro Chemical" (no address), but does not mention whether any contracts were involved in these discussions.
The original owner of this site was Heavy Metals Inc. and possessed an AEC license to process uranium and thorium products beginning as early as 1957. Documentation indicates that the company provided price quotes to the AEC for thorium products as early as 1954, but there is no indication that it received a contract for that work. Vitro Chemical of Chattanooga, TN, a subsidiary of Vitro Corporation, took over the site at the end of 1959 and was under contract to the AEC to produce thorium metal, thorium fluoride and thorium oxide. The current owner, W.R. Grace, purchased the site in 1965 and continued operations until 1983, but records do not reveal any weapons-based link after 1968. The State of Tennessee took over licensing of this site in 1968.
During the period of residual contamination, as designated by the National Institute for Occupational Safety and Health and as noted in the dates above, employees of subsequent owners and operators of this facility are also covered under the Energy Employees Occupational Illness Compensation Program Act. 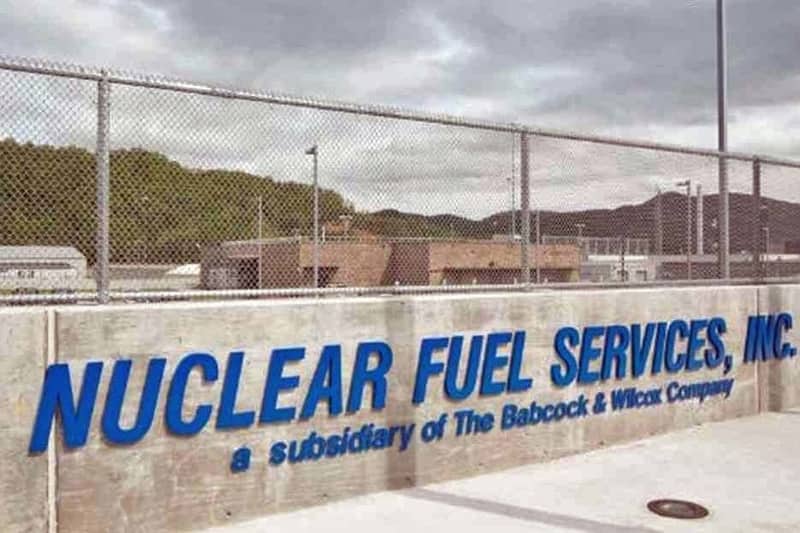 The Davison Chemical Division of W.R. Grace Co. (later Nuclear Fuel Services) processed unirradiated uranium scrap for the AEC, recovering enriched uranium from it for use in the nuclear weapons complex. Correspondence from 1963 also indicates that the company also worked with thorium, which was associated with their work for the civilian nuclear reactor industry and the naval reactors program.
During the period of residual contamination, as designated by the National Institute for Occupational Safety and Health and as noted in the dates above, employees of subsequent owners and operators of this facility are also covered under the Energy Employees Occupational Illness Compensation Program Act. 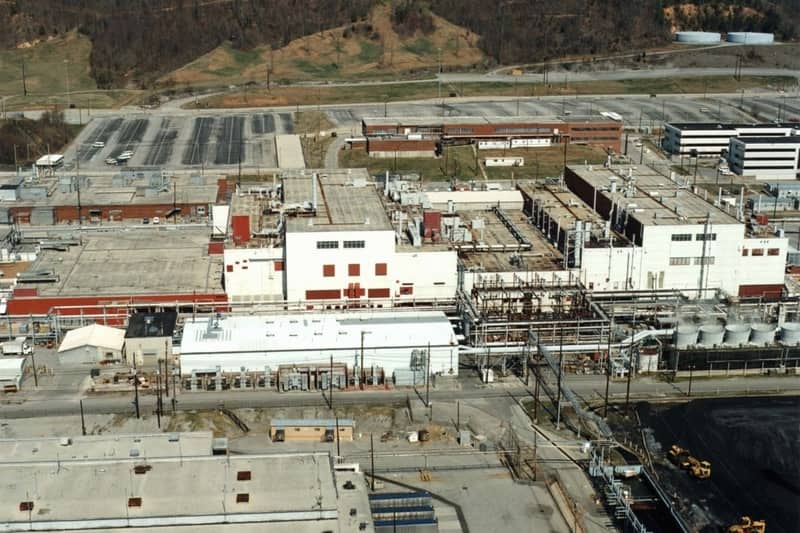 Built in a rural section of East Tennessee, the Y-12 National Security Complex, previously known as the Oak Ridge Y-12 Plant, was part of the Manhattan Project. Its job was to process uranium for the first atomic bomb. Construction of Y-12 started in February 1943; enriched uranium production started in November of the same year. Construction, however, was not entirely finished until 1945.The first site mission was the separation of uranium-235 from natural uranium by the electromagnetic separation process. The magnetic separators were taken out of commission at the end of 1946 when gaseous diffusion became the accepted process for enriching uranium.
Since World War II, the number of buildings at Y-12 has doubled. Its missions have included uranium enrichment, lithium enrichment, isotope separation and component fabrication. For more than 50 years, Y-12 has been one of the DOE weapons complex’s premier manufacturing facilities. Every weapon in the stockpile has some components manufactured at the Y-12 National Security Complex.
Throughout the course of its operations, the potential for beryllium exposure existed at this site, due to beryllium use, residual contamination, and decontamination activities.