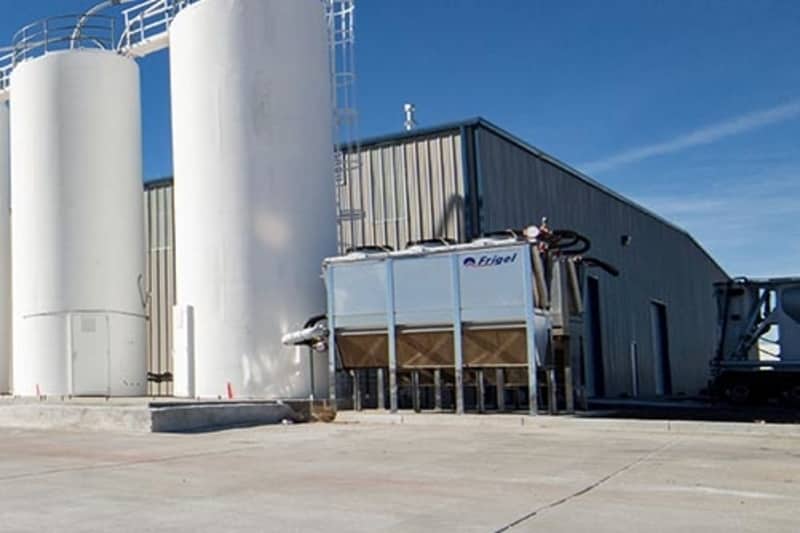 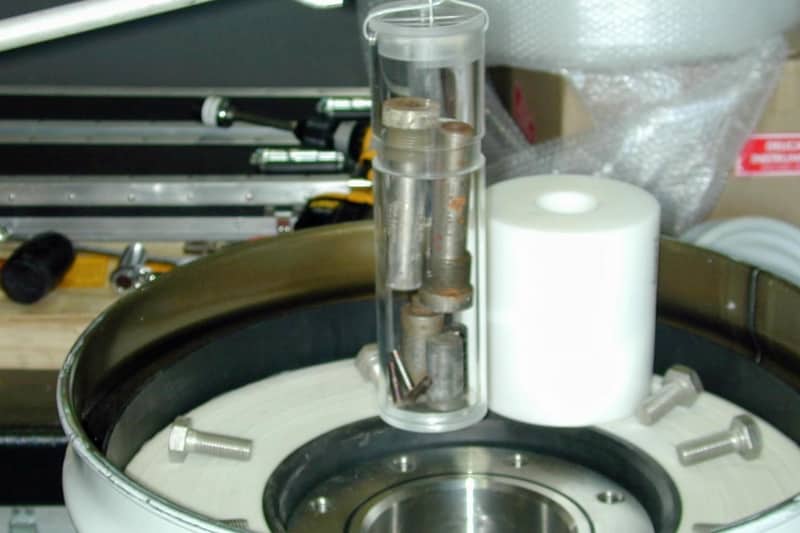 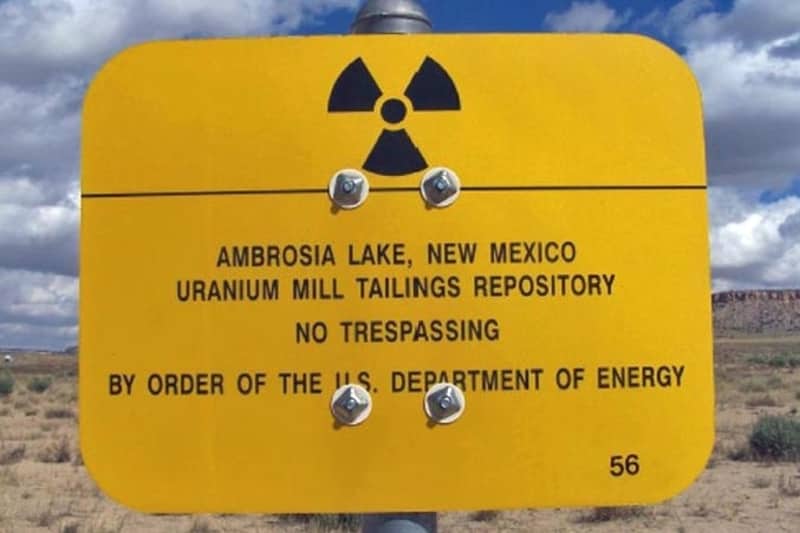 This former mill processed more than 3 million tons of uranium ore between 1958 and 1963. These milling operations are covered under the auspices of the Radiation Exposure Compensation Act and are not separately covered under EEOICPA. However, DOE environmental remediation contractors performed remediation at this location from July 1987 to April 1989 and again from October 1992 to July 1995 under the Uranium Mill Tailings Radiation Control Act (Public Law 95-604). Environmental remediation performed at the site involved the demolition of buildings, construction of decontamination facilities, and the excavation, consolidation and encapsulation of all contaminated material on site in an engineered disposal cell. DOE and DOE contractor employees who performed this remediation are covered under EEOICPA. 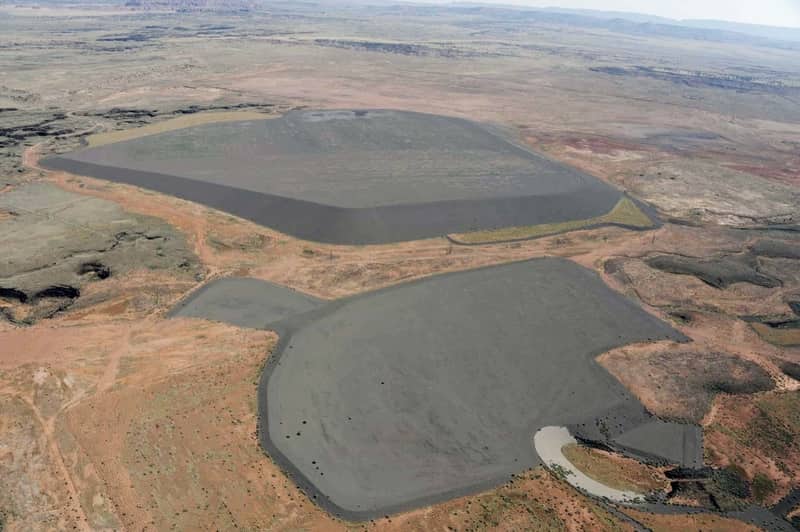 The Bluewater disposal site is in Cibola County, approximately 9 miles northwest of Grants, New Mexico. Anaconda Copper Company constructed the original carbonate-leach mill at the site in 1953 to process limestone uranium ore mined in the vicinity of the site. The mill had a production capacity of
300 tons of ore per day. An acid-leach mill was constructed
in 1957 to process sandstone uranium ore from the Jackpile/Paguate mine, the largest open-pit uranium mine in North America, located north of Laguna Pueblo. The carbonate leach mill closed in 1959, and production in the acid-leach mill was reduced for economic reasons. The acid-leach mill resumed full operations in 1967, and the capacity of the mill
had increased to 6,000 tons of ore per day by 1978. Milling operations at the site ended on February 14, 1982. In 1977, the Anaconda Copper Company became a subsidiary of the Atlantic Richfield Company (ARCO).
Uranium ore processing at the Bluewater mill produced radioactive tailings, a predominantly sandy material. The tailings were conveyed in slurry from the mill to two locations, depending on the milling method. The acid-leach tailings were segregated from the carbonate-leach tailings to prevent
chemical reactions from occurring as a result of mixing acidic and basic compounds. Process water in the tailings slurry seeped into the underlying alluvial and bedrock (San Andres-Glorieta) aquifers and contaminated the groundwater; the main constituents of concern are molybdenum, selenium, and uranium. 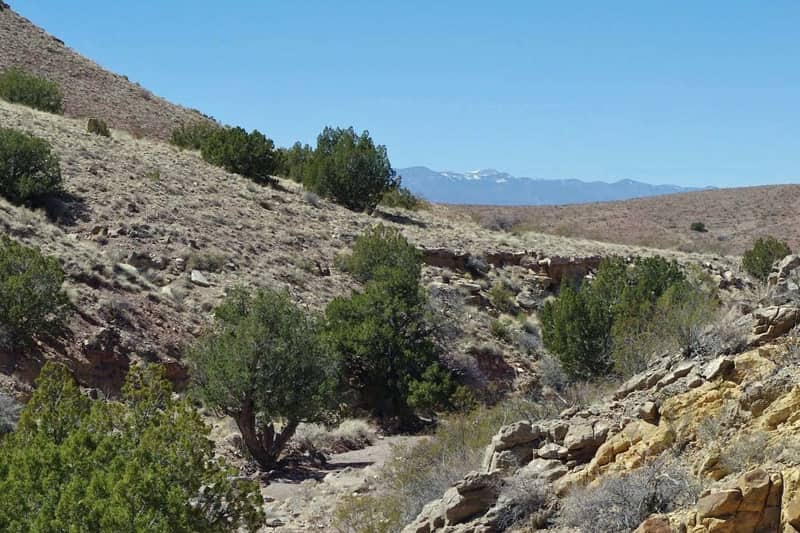 Chupadera Mesa is located in the White Sands Missile Range and was part of the fallout area from the Trinity test. The Trinity Test took place in July 1945. 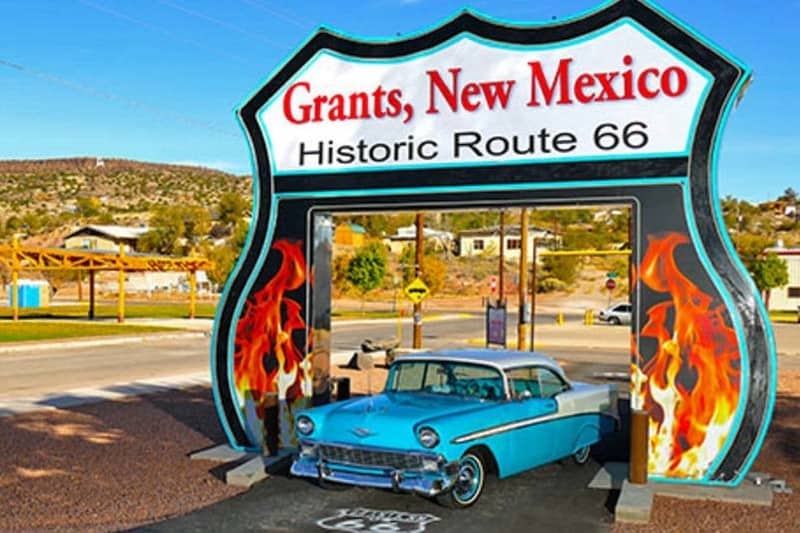 The ore buying station at Grants purchased uranium ore for the AEC. Lucius Pitkin managed and operated the Grants station on behalf of the AEC from July 1956 to mid-1958. 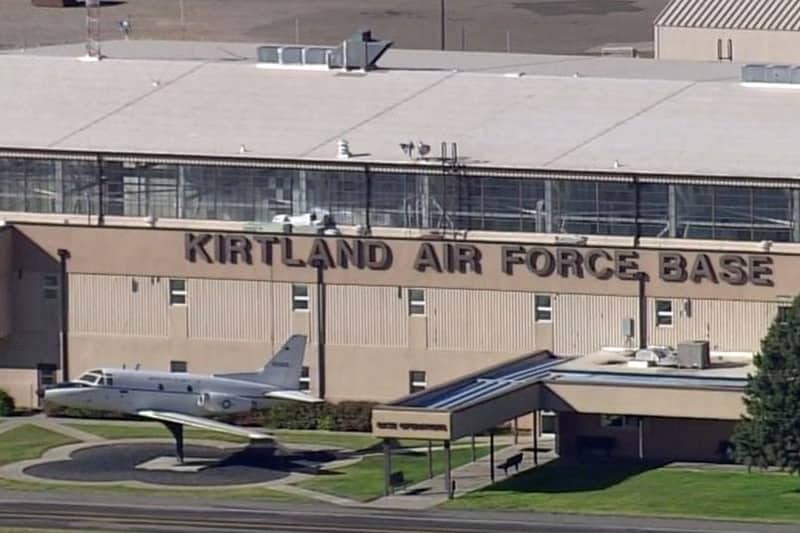 The Department of Energy contracted with Ross Aviation, Inc. to manage and operate Hangar 481 on the premises of the Kirtland Air Force Base for the convenience of the adjacent Sandia National Laboratory. 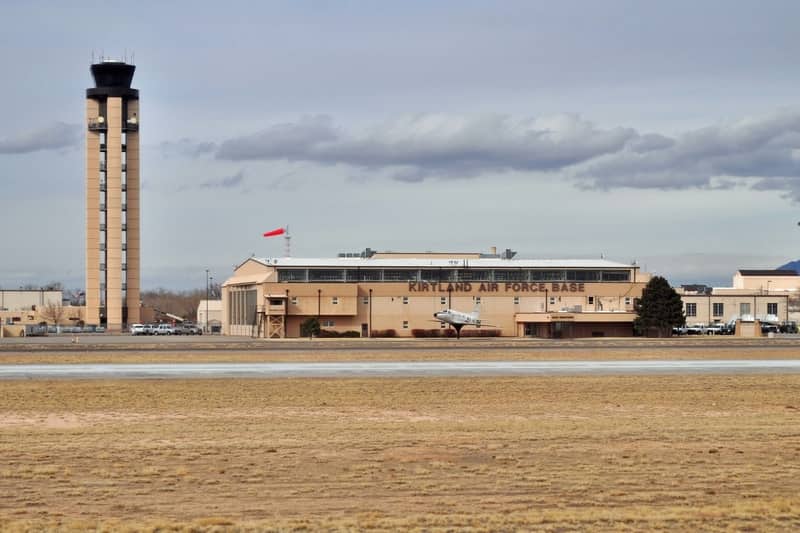 The Kirtland Operations Office was founded in 1964 as part of the United States atmospheric nuclear testing readiness program. Today, this applied-science and engineering organization supports the National Nuclear Security Administration. 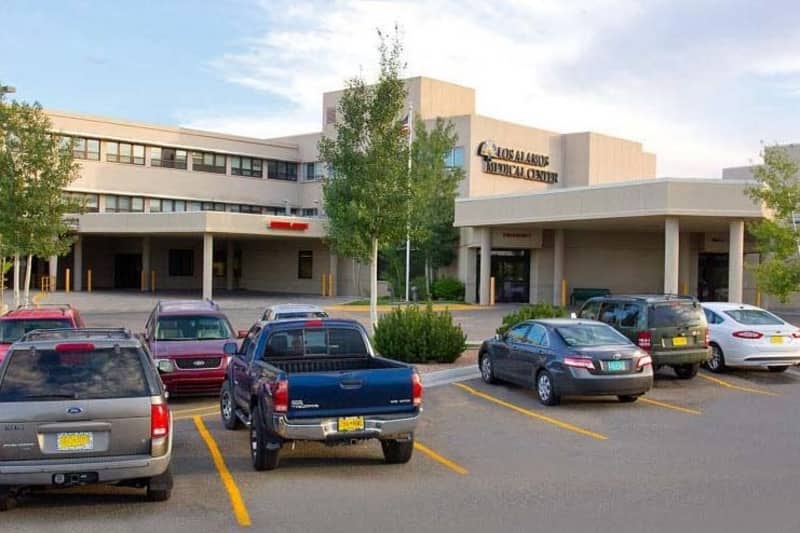 Los Alamos Medical Center started as an Army hospital for Manhattan Project workers. A new facility was constructed in 1951 and opened in January 1952. The AEC sold the hospital to a private entity in 1963. 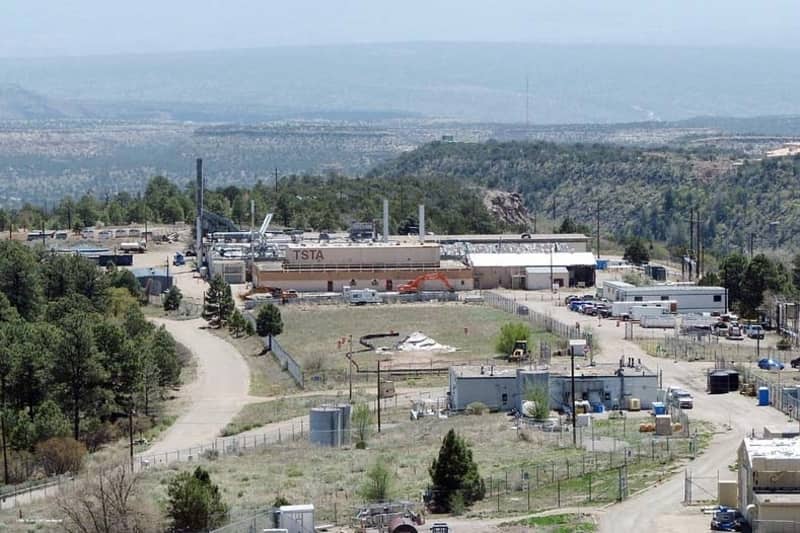 Operated by the University of California since its inception, Los Alamos National Laboratory designed, developed and tested the world's first nuclear weapons. After World War II, Los Alamos (called the Los Alamos Scientific Laboratory) continued as an important nuclear weapons research and development facility. Research programs included nuclear physics, hydrodynamics, chemistry, metallurgy, radiochemistry and life sciences. LANL also used its research facilities to back up other areas of the weapons production complex, particularly plutonium processing and fabrication of weapon components.
Throughout the course of its operations, the potential for beryllium exposure existed at this site, due to beryllium use, residual contamination, and decontamination activities. 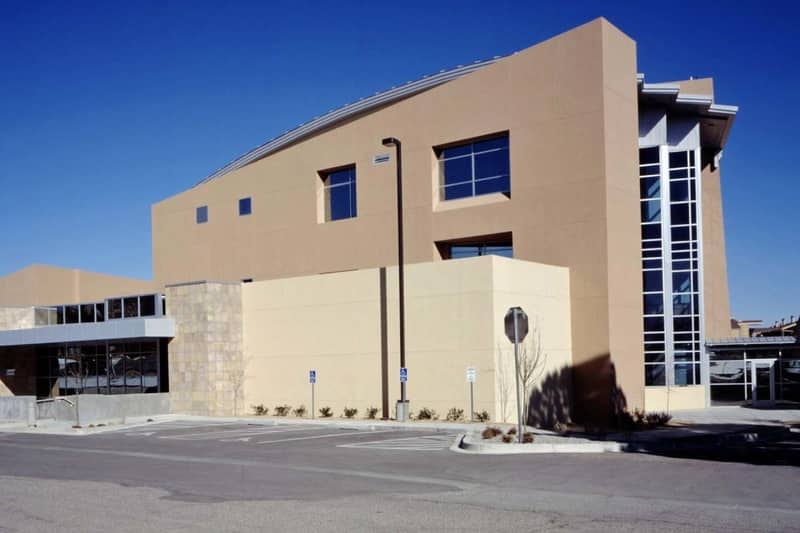 The Lovelace Respiratory Research Institute (LRRI) (formerly the Inhalation Toxicology Research Institute or ITRI) is located on Kirtland Air Force Base. It was established in 1960 to conduct research on the human health consequences of inhaling airborne radioactive materials. The Institute was operated for Department of Energy (DOE) by the non-profit Lovelace Biomedical and Environmental Research Institute. Under Public Law 111-11, the LRRI was privatized and legal transfer of the property and facility from DOE to LRRI was finalized on June 20, 2013.
Throughout the course of its operations, the potential for beryllium exposure existed at this site, due to beryllium use, residual contamination, and decontamination activities. 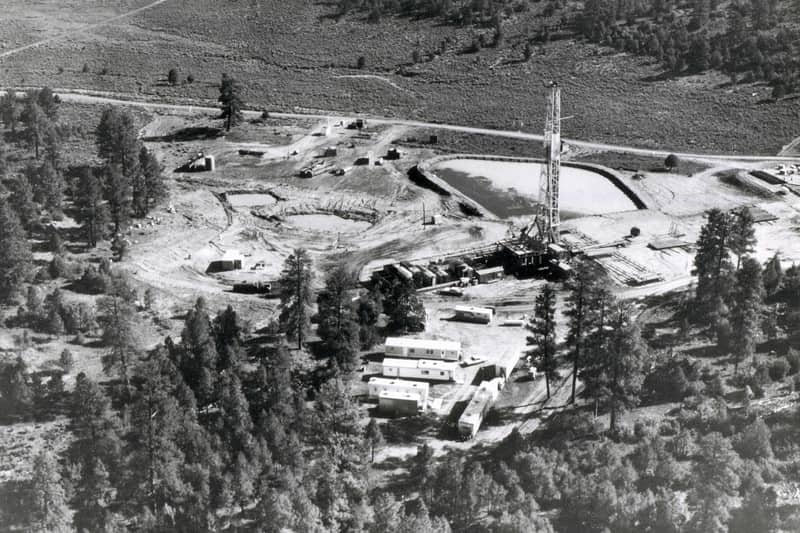 The Project Gasbuggy site was the location of one of the nuclear test explosions conducted as part of the AEC's Plowshare program that was initiated in 1957 to develop peaceful (industrial and scientific) applications for nuclear explosives. Drilling for this operation began on February 11, 1967. On December 10, 1967, a 29 kiloton nuclear yield device was detonated in an underground shaft in natural gas and shale deposits at the Gasbuggy site. The test was conducted to determine whether nuclear explosives would stimulate the release of natural gas not recoverable by conventional methods. The operation ended in 1973 and the site was on standby until cleanup began in August 1978. A second shot scheduled for this site, named "Coach" was canceled due to the fact that the Gasbuggy shot resulted in a venting to the atmosphere. 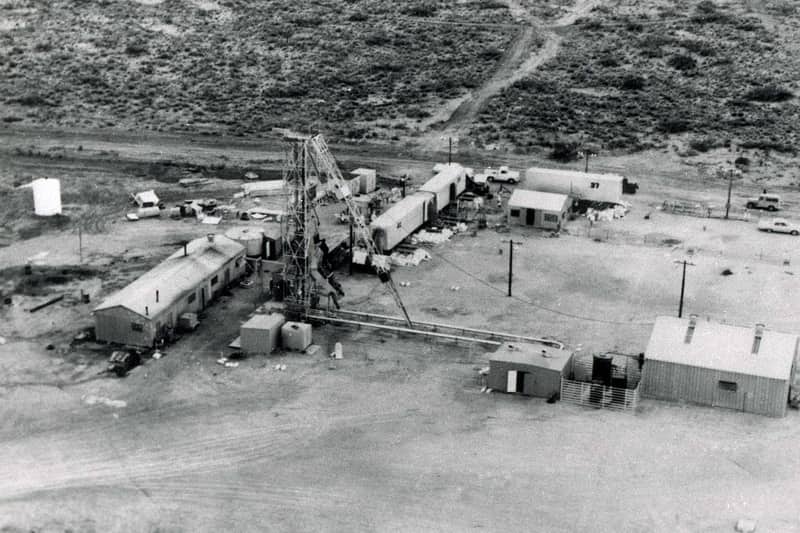 The Project Gnome Test site was the location of one of the nuclear test explosions conducted as part of the part of the AEC's Plowshare program, which was initiated in 1957 to develop peaceful (industrial and scientific) applications for nuclear explosives. Shaft excavation began July 1, 1960. In December 10, 1961, Shot Gnome, a 3 kiloton yield nuclear device, was detonated in an underground shaft to identify the effects and products of an underground nuclear explosion in a salt medium. The shot vented some radioactivity into the atmosphere. Reentry activities were completed in June 1962. 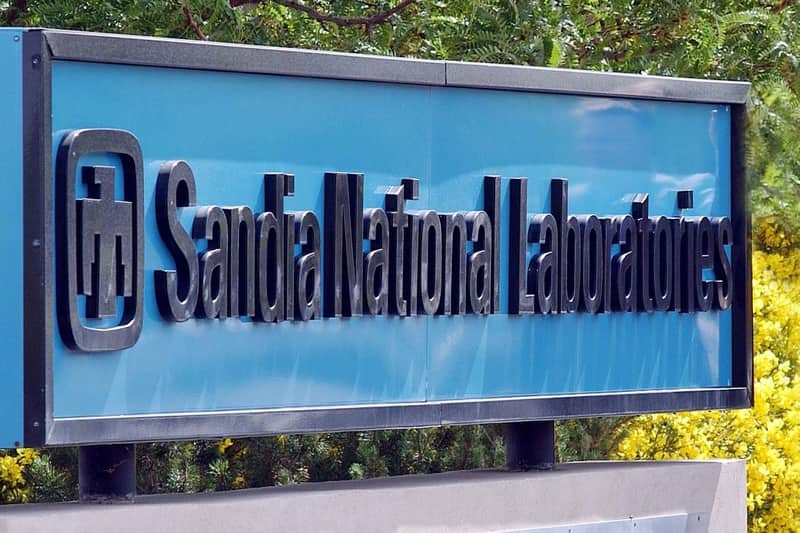 Sandia National Laboratory originated in 1945 as the Z Division of Los Alamos, the engineering arm of the US nuclear weapons development program. Formally established as Sandia National Laboratories in 1949, it was given the mission to design the non-nuclear components for nuclear weapons. Since 1953, areas have been used to test nuclear and non-nuclear weapons components. From 1946-1957, Sandia also housed a weapons assembly line and from 1963-1971, an onsite liquid waste disposal system for liquid radioactive discharges from the Sandia Experimental Reactor Facility.
Throughout the course of its operations, the potential for beryllium exposure existed at this site, due to beryllium use, residual contamination, and decontamination activities. 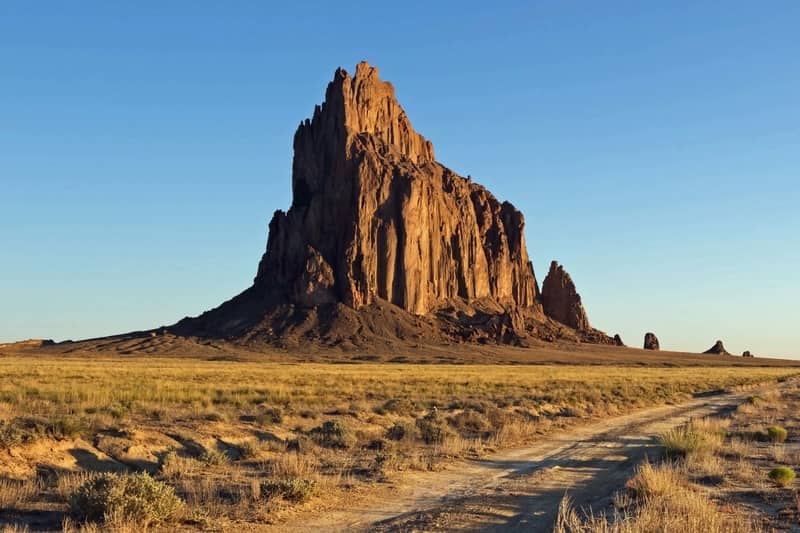 The ore buying station at Shiprock purchased uranium ore for the AEC. American Smelting and Refining Company managed and operated the Shiprock station from July 1952 to January 1954.

The former Uranium Mill at Shiprock processed a total of about 1.5 million short tons of uranium ore. This activity is covered under the auspices of the Radiation Exposure Compensation Act and is not separately covered under EEOICPA. However, from October 1984 through November 1986 the Department of Energy and its contractors conducted environmental remediation at this location under the auspices of the Uranium Mill Tailings Radiation Control Act (UMTRCA). DOE employees and DOE contractor employees who performed this remediation are covered under EEOICPA. 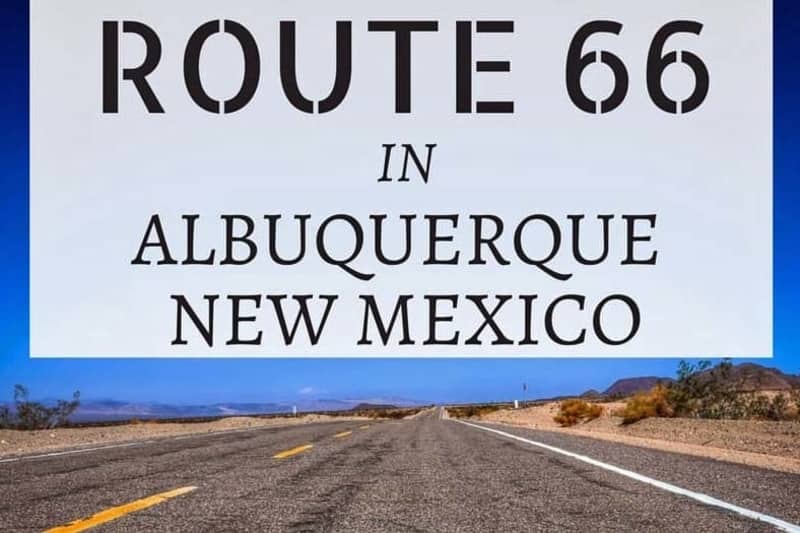 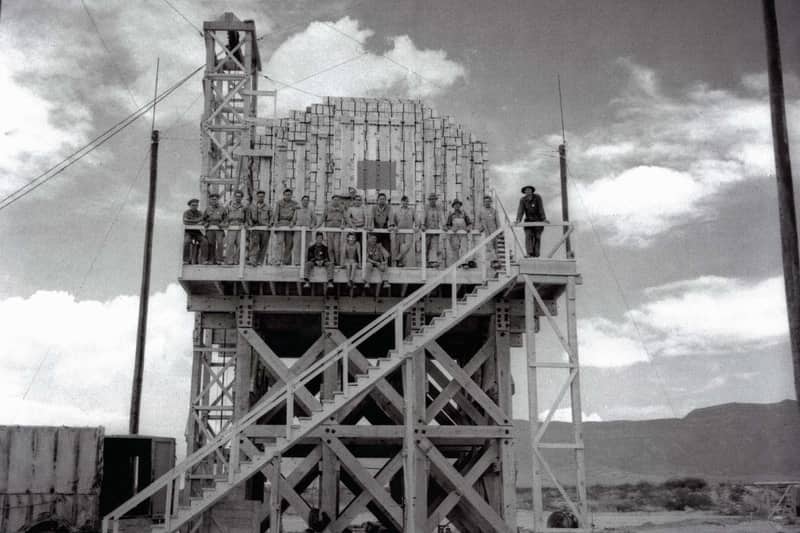 The Trinity test was the first nuclear weapons test, which took place in July 1945 at the Alamogordo Bombing and Gunnery Range. It was designed to determine whether the implosion method could be used to detonate a nuclear weapon composed of plutonium. The Trinity test involved the open air detonation of a nuclear device placed on a metal tower. 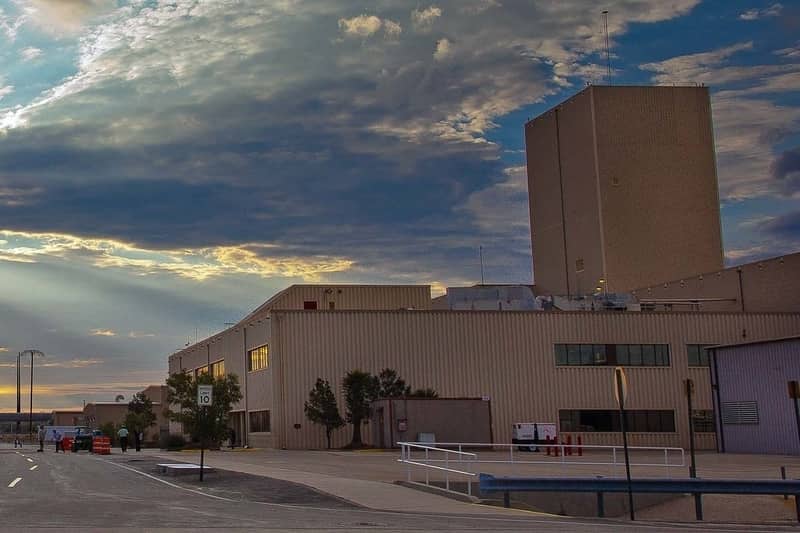