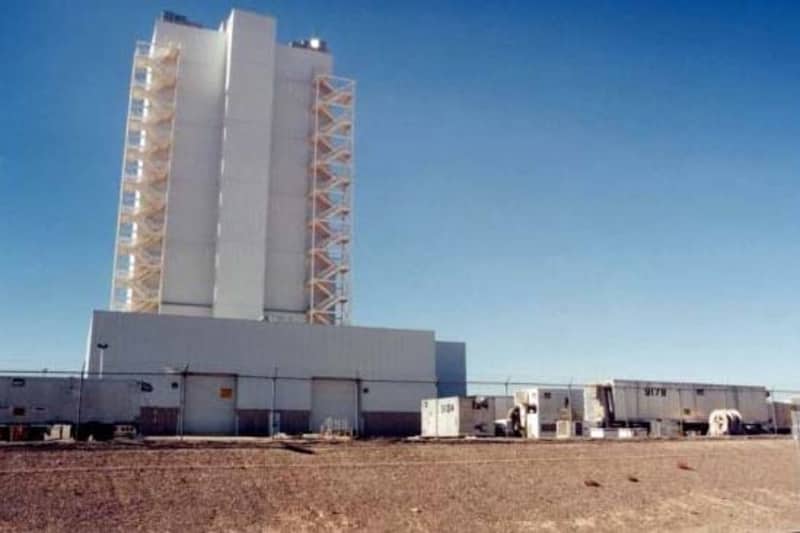 The Nevada Site Office was created and assumed responsibility for operations and programs at the Nevada Test Site (NTS) on March 6, 1962, when nuclear weapons testing became a year-round effort. Prior to that date, it had been operated by the Albuquerque Field Office and prior to that the Santa Fe Operations Office.
Atmospheric nuclear testing began at the Nevada Test Site on January 27, 1951 and continued through 1963 when the Test Ban Treaty was signed. After the Test Ban, all nuclear testing was conducted underground.
In 2002, beryllium contamination was found in buildings B-1, B-2, B-3 and A-1 in the North Las Vegas Complex. Operations in these building were halted and employees were relocated, due to exposure concerns. 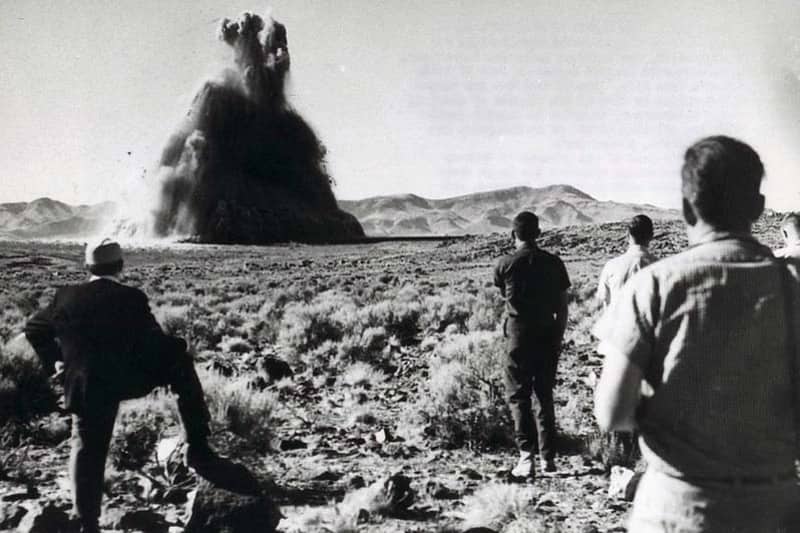 he Nevada Test Site was established in 1951. The mission of the Test Site is to conduct field tests of nuclear devices in connection with the research and development of nuclear weapons. The Nevada Test Site, slightly larger than the State of Rhode Island, has been the primary location for testing nuclear explosive devices since Operation Ranger was first conducted in 1951. In addition, the site is used for low-level waste disposal. Currently, the site is allowing other types of testing at the site, conducting remediation, and is in a standby mode so that if nuclear weapons testing ever is needed again, it could be conducted at the Nevada Test Site.
Throughout the course of its operations, the potential for beryllium exposure existed at this site, due to beryllium use, residual contamination, and decontamination activities. 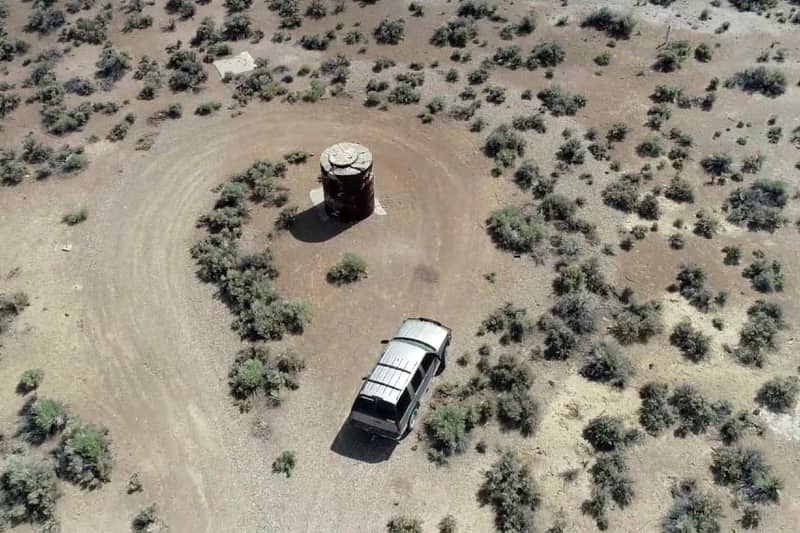 Project Faultless was an underground nuclear test explosion conducted at the Central Nevada Test Site, which was part of a program designed to improve the United States' ability to detect, identify, and locate underground nuclear explosions. The Faultless test was conducted to determine the suitability of the area for additional seismic testing. Non-nuclear experiments designed to determine the behavior of seismic waves were also conducted in the vicinity.
Drilling for this project began July 1967; the operation period began on November 27, 1967. The shot was fired on January 19, 1968. On December 9, 1979, the site was placed in caretaker status and demobilization and restoration work was conducted during fiscal 1974. 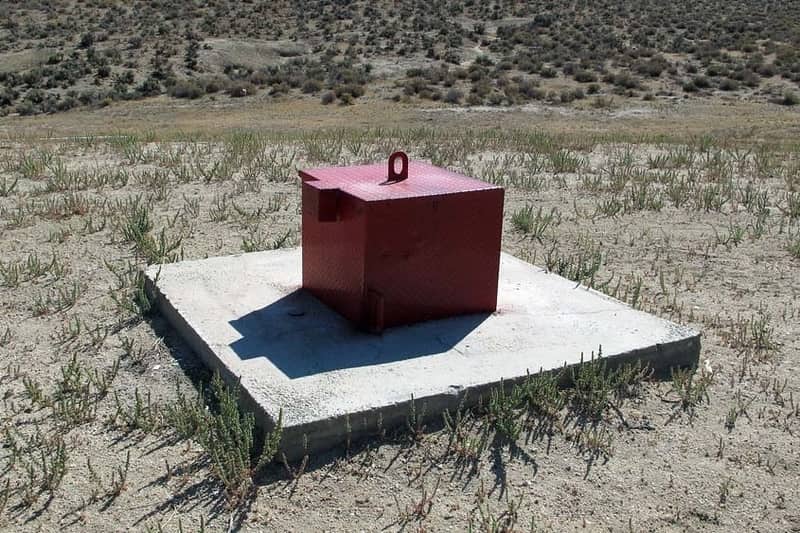 Project Shoal was an underground nuclear test explosion which was part of a program designed to improve the United States' ability to detect, identify, and locate underground nuclear explosions. The Shoal test was conducted to determine the behavior and characteristics of seismic signals generated by nuclear explosions in specific geological formations and to differentiate them from seismic signals generated by earthquakes.
Construction for this shot began in late 1962. The shot was fired on October 10, 1963. Post-shot drilling began October 28, 1963; drilling and sampling of one vertical bore hole was completed on December 20, 1963. Reopening and sampling the USBM#1 bore hole was completed on January 15, 1964. Site deactivation of the Shoal Project began on October 28, 1963 and rollup was completed by January 31, 1964. 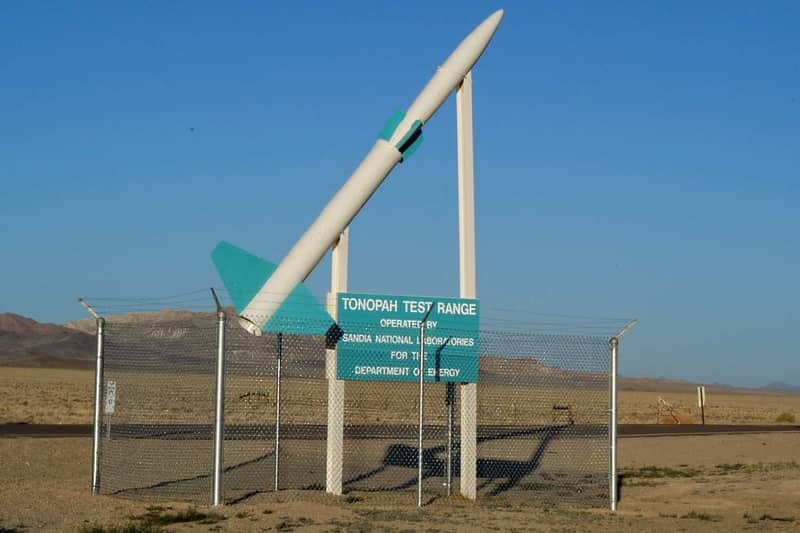 The Tonopah Test Range was established by Sandia Corporation and continues today as an outpost to Sandia National Laboratories. Tonopah was established to provide an isolated place for the Atomic Energy Commission to test ballistics and non-nuclear features of atomic weapons. The AEC began leasing this isolated 525 square mile property from the Air Force in early 1956. In August of the same year the AEC contracted Reynolds Electrical and Engineering Company (REECO) for the construction of temporary facilities on the test range. The AEC contracted with Lembke Construction for permanent facilities at the site in 1960.
Rocket testing began in 1957 with the series "Doorknob." It is believed that the only operation on site involving radiation occurred in 1963 and was known as Operation Roller Coaster. Studies were also conducted in 1964 at the Tonopah test range as part of the AEC program known as Project Plowshare. These involved the use of non-nuclear explosives to examine earth cratering patterns.
A separate Air Force installation at the test range, which consisted of housing, hangers, and other facilities standard to modern Air Force bases, was constructed on the Tonopah Test Range in the late 1970s for developmental testing of the Air Force's F-117 Stealth Fighter plane. The Air Force moved its stealth program Holloman Air Force Base and mothballed its Tonopah base in 1994. The Air Force installation does not qualify as a DOE facility. 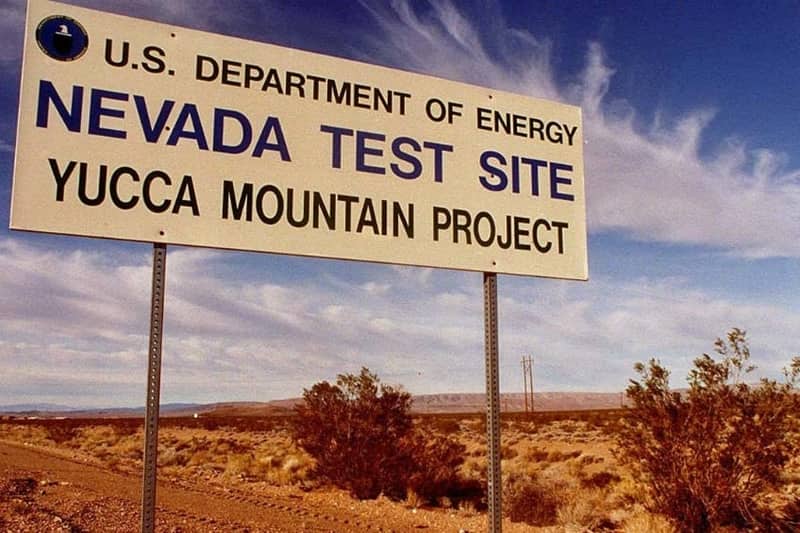 Yucca Mountain Project was selected by the Department of Energy (DOE) as a highly promising repository site to safely store spent nuclear fuel from civilian nuclear power plants and highly radioactive waste from defense-related activities at DOE facilities. The project involved characterizing the proposed underground site, determining the effects on the site from storing high-temperature radioactive wastes, and selecting and characterizing corrosion-resistant materials for the waste storage containers that would be buried in underground tunnels. A tunnel-boring machine was used to excavate the main research tunnel with the short-side tunnel alcoves and niches being excavated by a roadheader. Many other types of equipment were used to drill boreholes and dig shafts, test pits, and trenches. Explosives were rarely used. Radioactive materials were not used in the study, and no radioactive materials were received at Yucca Mountain for storage.