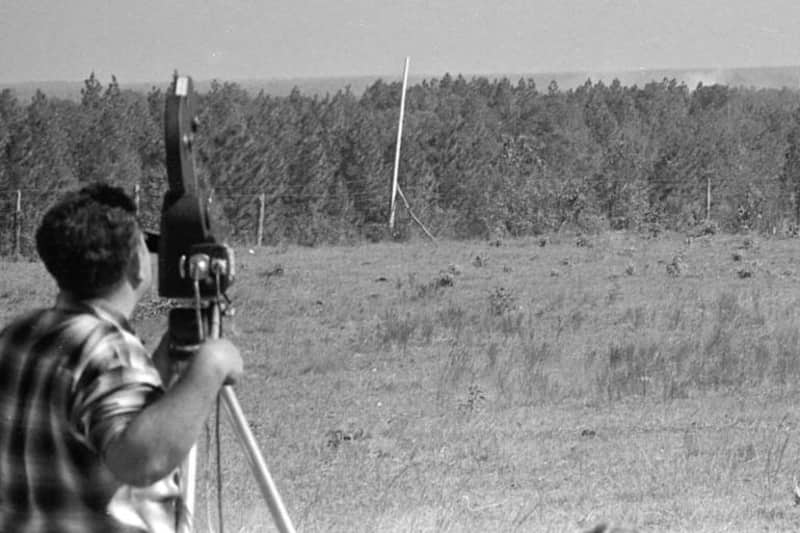 The Salmon Test Site was the location for two nuclear and two methane-oxygen gas explosion tests conducted deep underground in the Tatum Salt Dome. The tests were part of a program designed to detect, identify, and locate underground nuclear explosions
Drilling for the "Salmon" event began in April 1963. The Salmon test shot was fired on October 22, 1964. Post-shot activities were completed by June 30, 1965.
After the Salmon post-shot activities were completed, the Sterling shot was detonated in the Salmon cavity on December 3, 1966. In March 1968, Sterling cavity reentry drilling, surveying, and coring was begun. The facilities were shut down and the site was placed on standby status on April 12, 1968.
In November 1968, the cavity was prepared for the non-nuclear experiment called "Diode Tube." The shot was fired on February 1, 1969; post-shot activities were completed and the operation ended in June 1969.
Another non-nuclear event, called "Humid Water" took place in 1970. The cavity was prepared in February 1970 and the shot was fired on April 19, 1970. The site was decommissioned on June 29, 1972.