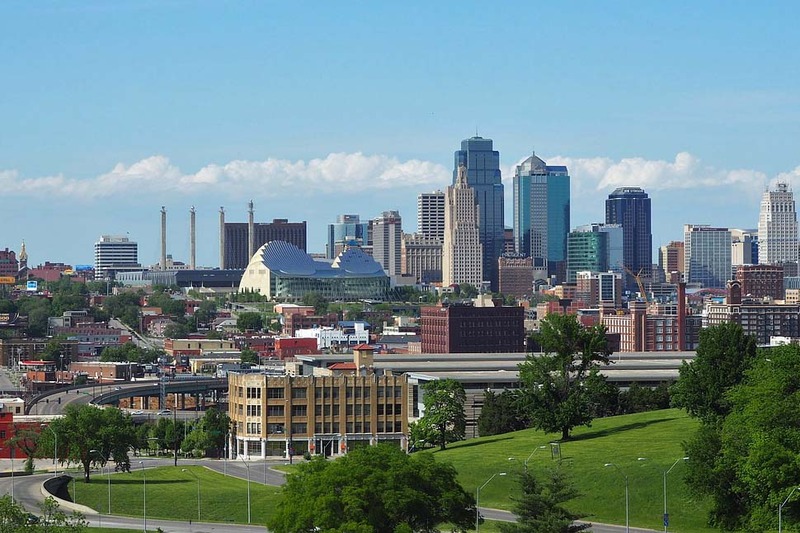 The Kansas City Plant was constructed in 1942 to build aircraft engines for the Navy. After World War II, it was used for storage. In 1949, the AEC asked the Bendix Corporation to take over part of the facility and it began manufacturing nonnuclear components for nuclear weapons. Electrical, electromechanical, mechanical, and plastic components are manufactured or procured by this facility.
In 1993, the Department of Energy officially designated the Kansas City Plant as the consolidated site for all nonnuclear components for nuclear weapons.
As of 1996, production activities at the site were still occurring and expected to continue indefinitely.
Throughout the course of its operations, the potential for beryllium exposure existed at this site, due to beryllium use, residual contamination, and decontamination activities. 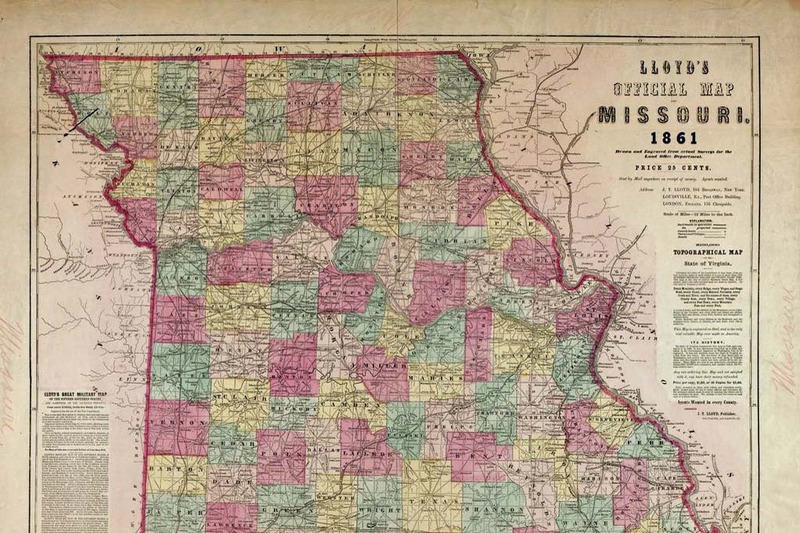 The Mallinckrodt Chemical Company conducted uranium milling and refining operations under contracts with the Manhattan Engineer District and the Atomic Energy Commission at the St. Louis Downtown Site in Missouri. Mallinckrodt transported process residues to the St. Louis Airport Site (also in Missouri) for storage until the Commercial Discount Corporation of Chicago purchased them in 1967; Commercial Discount transported the residues to the Latty Avenue Properties for storage and processing. This material was sold to the Cotter Corporation in 1969 and was dried and shipped to their facilities in Canon City, Colorado. By 1974, most of the material had been sold and removed from the Latty Avenue Properties, leaving only residual contamination.
The 1984-1986 work was performed under the Bechtel National Inc. (BNI) environmental remediation umbrella contract for the DOE.
During the period of residual contamination, as designated by the National Institute for Occupational Safety and Health and as noted in the dates above, employees of subsequent owners and operators of this facility are also covered under the Energy Employees Occupational Illness Compensation Program Act. 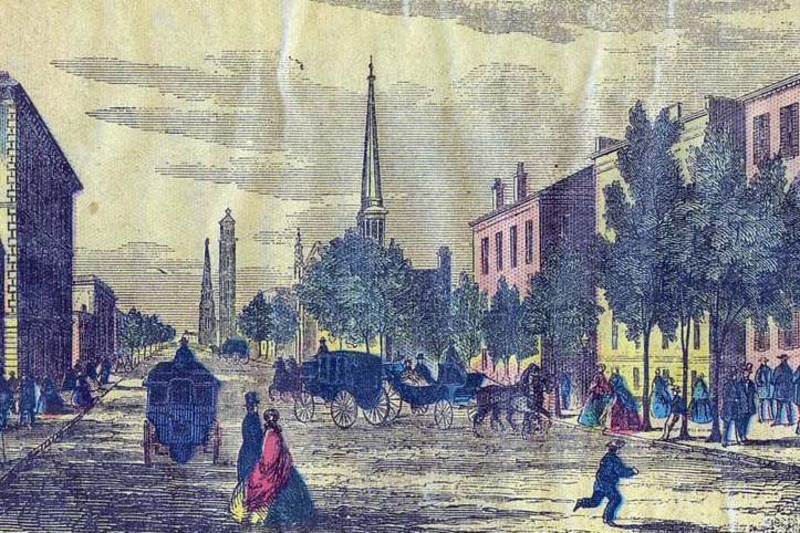 From 1942 to 1957, Mallinckrodt Chemical Company conducted a variety of milling and recovery operations with uranium chemical compounds at the St. Louis Downtown Site, also known as the Destrehan Street Plant. The plant refined uranium ore, ultimately producing uranium metal. The activities supported research, development, and production programs for the national defense program. By 1957, the Mallinckrodt Chemical Company had processed more than 45,000 metric tons (50,000 tons) of natural uranium products at its facilities. During closeout of operations in 1957, government-­owned buildings were either dismantled or transferred to Mallinckrodt as part of a settlement. Decontamination work continued to 1962 when the plant was released back to Mallinckrodt.
This listing of the Mallinckrodt Chemical Works (MCW), is intended to cover the entire area bounded in part by North* Broadway, Angelroot Street, and Salisbury Street. Destrehan Street runs through the middle of the entire area and is a common way to reference the plant, but is by no means the only valid building address. Many buildings are also on Mallinckrodt Street. Coverage includes, but is not limited, to the Main Plant, Plant 4, Plant 6, Plant 6e and Plant 7.
Throughout the course of its operations, the potential for beryllium exposure existed at this site.
*The original address for some buildings would have been Broadway Street. Today, these same buildings have the address of North Broadway Street. 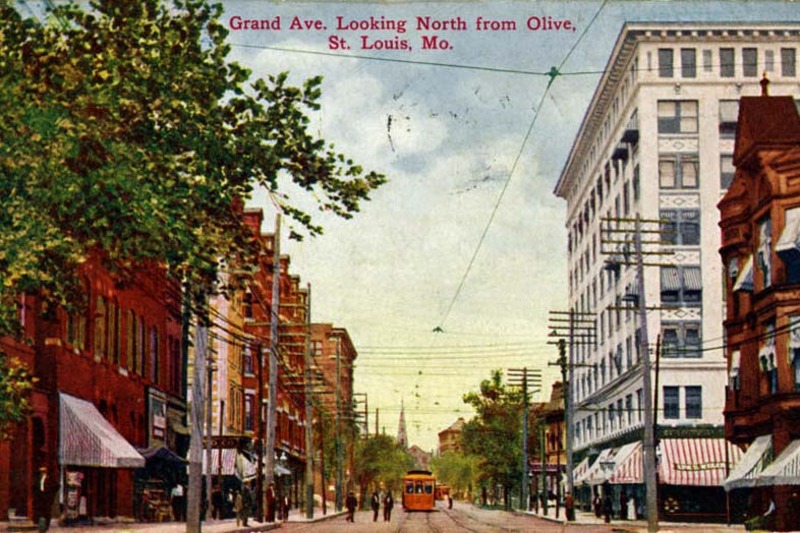 The Medart Company manufactured steel mill machining equipment which was useful in uranium processing. In 1952, Medart conducted broaching machine and arbor tests turning uranium for the National Lead Company of Ohio (Fernald). According to a former Medart employee, the bar turning machine was eventually shipped to Fernald for use at the Feed Materials Production Center.
During the period of residual contamination, as designated by the National Institute for Occupational Safety and Health and as noted in the dates above, employees of subsequent owners and operators of this facility are also covered under the Energy Employees Occupational Illness Compensation Program Act. 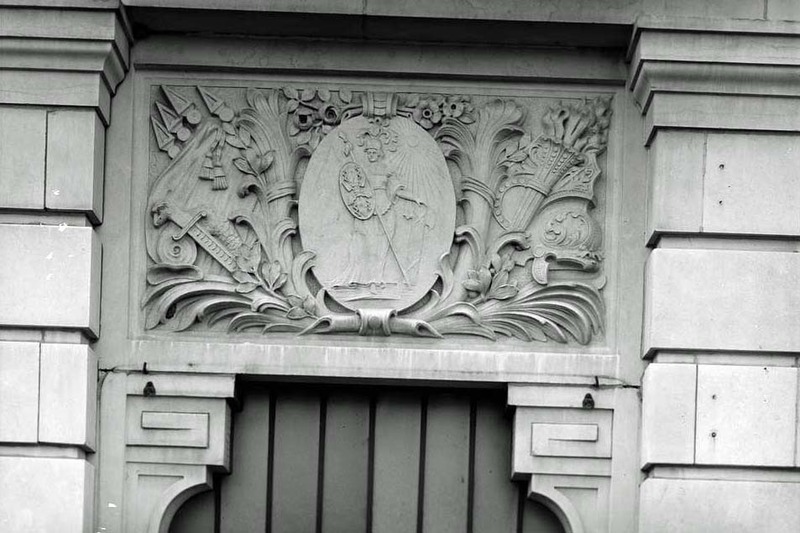 The Roger Iron Company conducted a test operation involving crushing of a dolomite c-liner for the AEC. The liner had trace amounts of uranium and magnesium fluoride. The test involved four individuals, including two employees of National Lead of Ohio (Fernald). NLO also monitored the air during the time of the test. 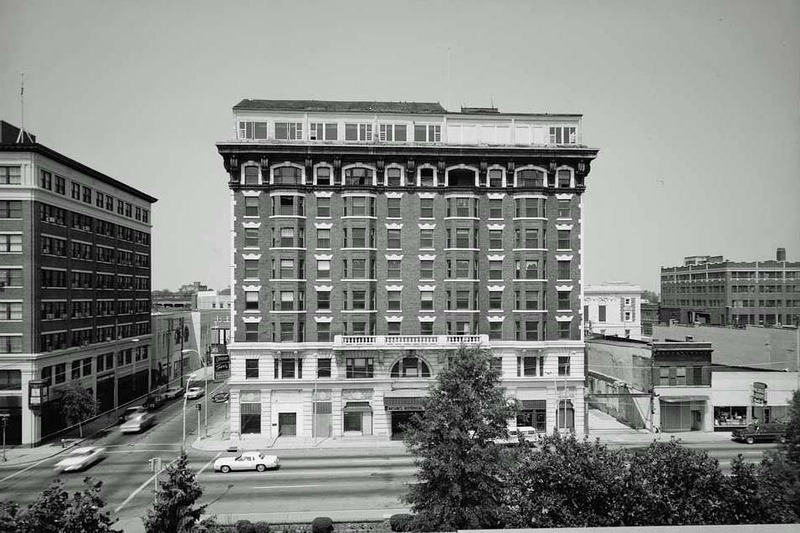 The Spencer Chemical Company is no longer covered under EEOICPA. Before it was removed from the program 24 Part B claims had been filed with 4 of these paid.
Spencer had previously been designated as an AWE facility from 1941-1945 or 1958-1963.
The Manhattan Engineer District temporarily stored approximately 2000 drums of pitchblende ores, which contained uranium, at the Seneca Army depot. 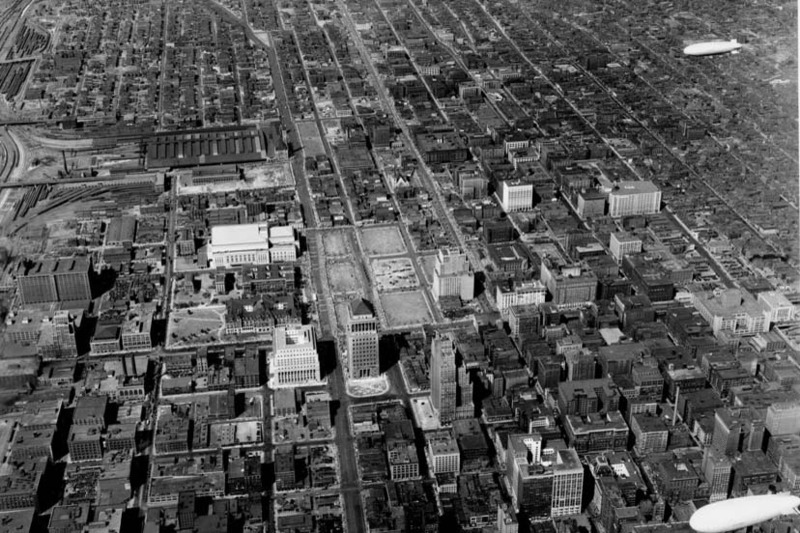 The Manhattan Engineer District (MED) began utilizing the St. Louis Airport Storage Site (SLAPS) in 1946 as a place to store residues from the Mallinckrodt Chemical Works. The MED acquired title to the property on January 3, 1947. In 1973 the property was transferred back to the city of St. Louis. Then in 1984, through the Energy and Water Development Appropriations Act (Public Law 98-3060) the property was returned to the Department of Energy until 1997 when Congress transferred it to the U.S. Army Corps of Engineers. 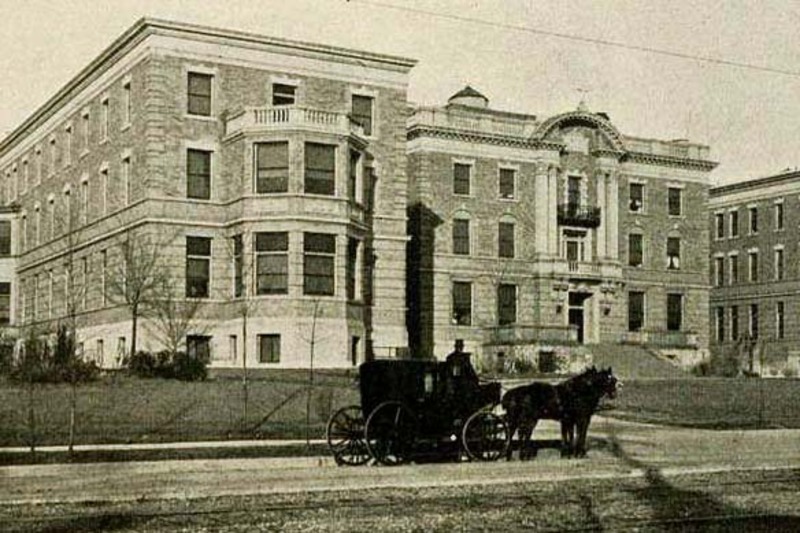 The Tyson Valley Powder Farm was a storage site for radioactive materials in the late 1940s. Records show, for example, that at the end of 1946, 206,110 pounds of uranium metal were stored at this location for the Manhattan Engineer District. 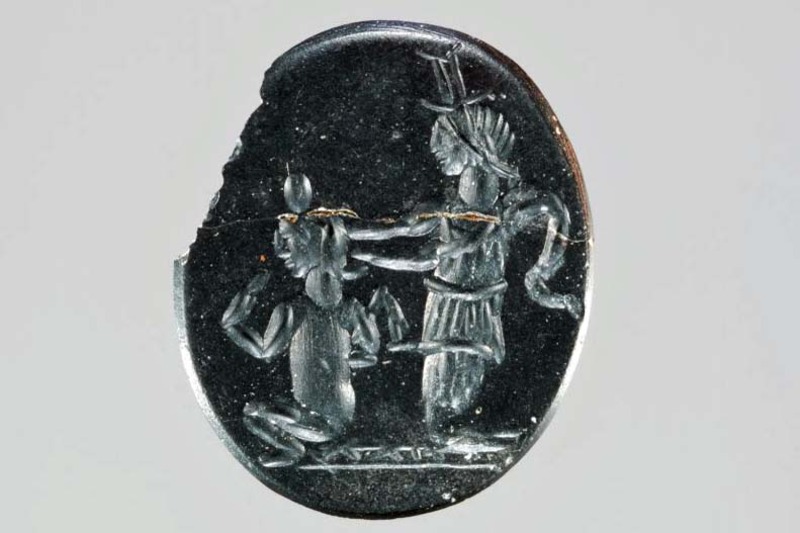 The United Nuclear Corporation in Hematite, Missouri, processed unirradiated uranium scrap for the AEC, recovering enriched uranium from it for use in the nuclear weapons complex. Mallinckrodt Chemical Works owned the Hematite plant until 1961.
During the period of residual contamination, as designated by the National Institute for Occupational Safety and Health and as noted in the dates above, employees of subsequent owners and operators of this facility are also covered under the Energy Employees Occupational Illness Compensation Program Act. 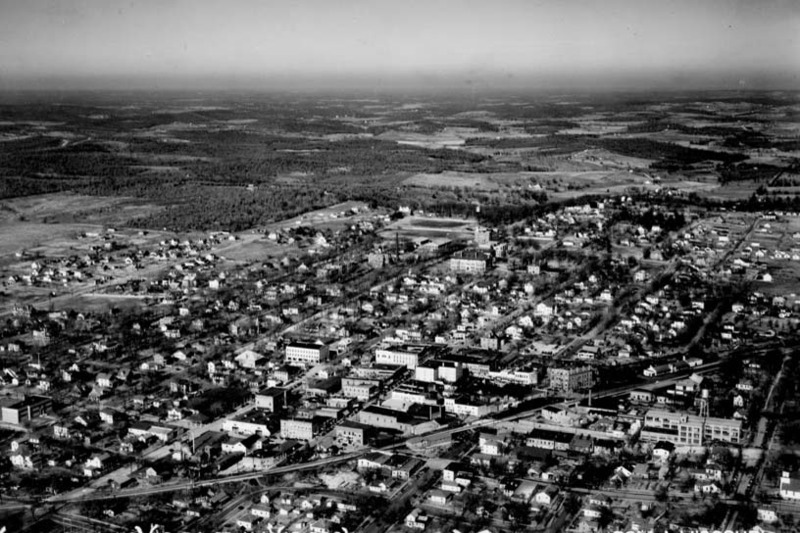 In 1955, the U.S. Department of the Army (Army) transferred 217 acres of what had been the Weldon Springs Ordnance Works to the U.S. Atomic Energy Commission (AEC) for construction of a uranium feed materials plant. The AEC constructed the Weldon Spring Uranium Feed Materials Plant at this location and contracted with the Mallinckrodt Chemical Company to operate the plant starting in June 1957. The plant was used for uranium refining activities in support of the national defense program. The AEC closed the plant in December 1966 after deciding it was obsolete.
After closing the plant, the AEC transferred the plant and the land back to the Army on December 31, 1967. On October 1, 1985, custody of the chemical plant was retransferred from the Army back to the DOE, which was given responsibility for remediation of the plant.
The surface decontamination of the plant was completed in October 2002. 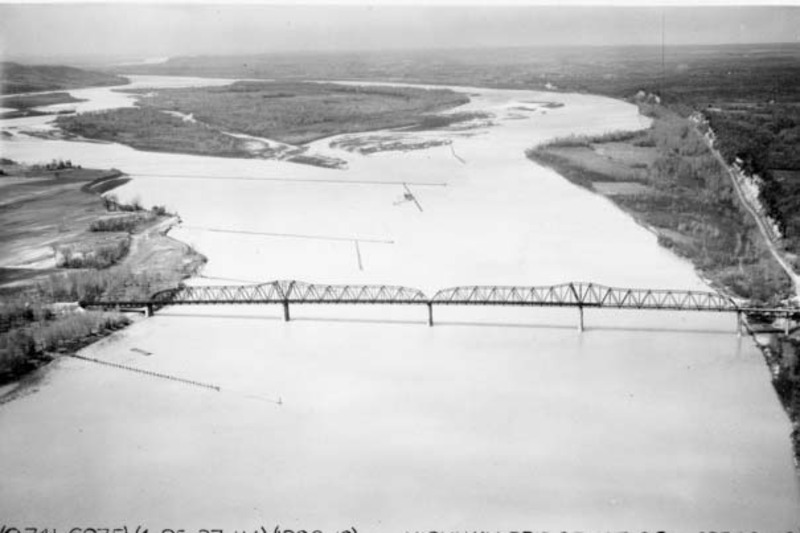 In 1958, the U.S. Atomic Energy Commission (AEC) acquired title from the U.S. Department of the Army (Army) to an inactive quarry that had been on the Weldon Springs Ordnance Works land. The quarry was used by the AEC as a dumping ground for chemical and radiological waste products, including the demolished Destrehan Street Plant in St. Louis.
Surface decontamination of the quarry was completed in October 2002. 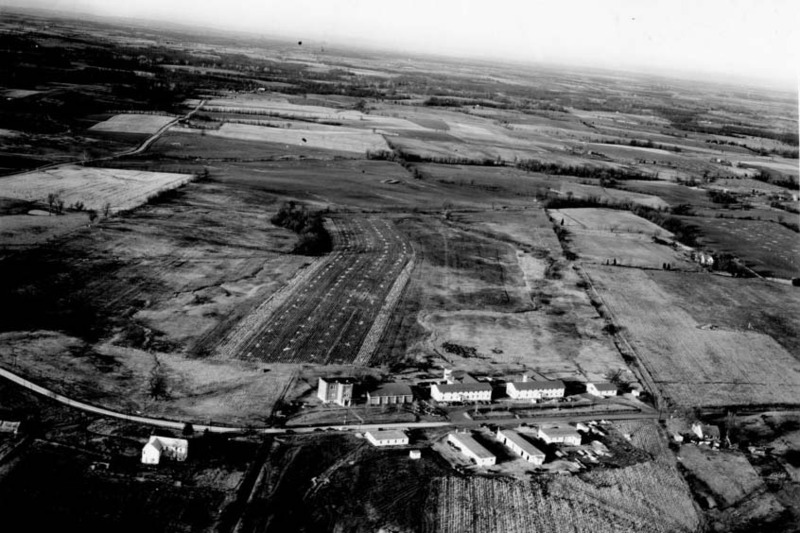 In 1955 the U.S. Department of the Army (Army) transferred 217 acres of what had been the Weldon Springs Ordnance Works to the U.S. Atomic Energy Commission (AEC) to construct a uranium feed materials plant. In addition to the plant, the AEC also constructed four raffinate pits adjacent to the plant between 1958 and 1964. The pits were used as collection points and settling basins for chemical and radioactive waste streams coming from the plant.
After closing the plant (including the associated raffinate pits) in December 1966, the AEC transferred the land back to the Army, but retained ownership and control of the wastes in the raffinate pits. On October 1, 1985, the land was retransferred from the Army back to the DOE, which was given responsibility for remediation of the pits.
Surface decontamination of the pits was completed in October 2002.