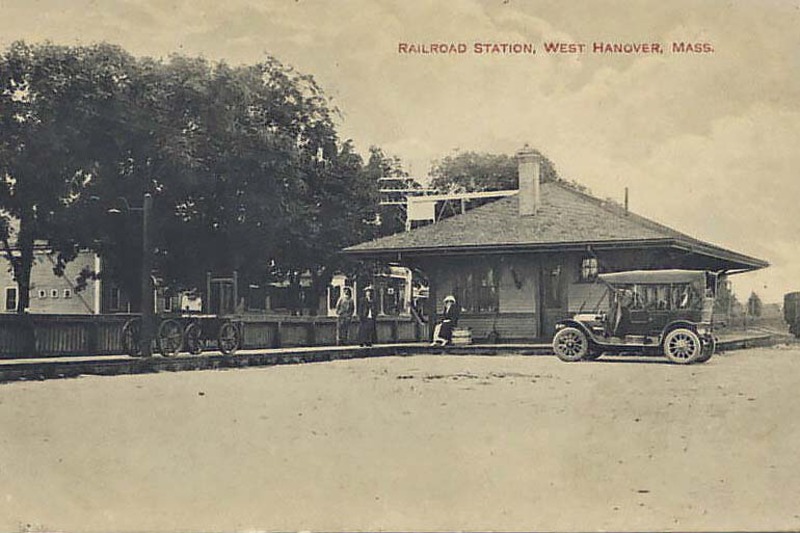 American Potash and Chemical Company conducted uranium metal shaping and uranium-magnesium explosive forming studies for Union Carbide Nuclear Corporation, Oak Ridge. The tests done up to May 1961 were performed with 430 stainless steel and uranium metal pieces. Work was also done with green and sintered uranium based powders. The powders were formed in a die into discs approximately 4 1/2 inches in diameter and 1 inch thick. 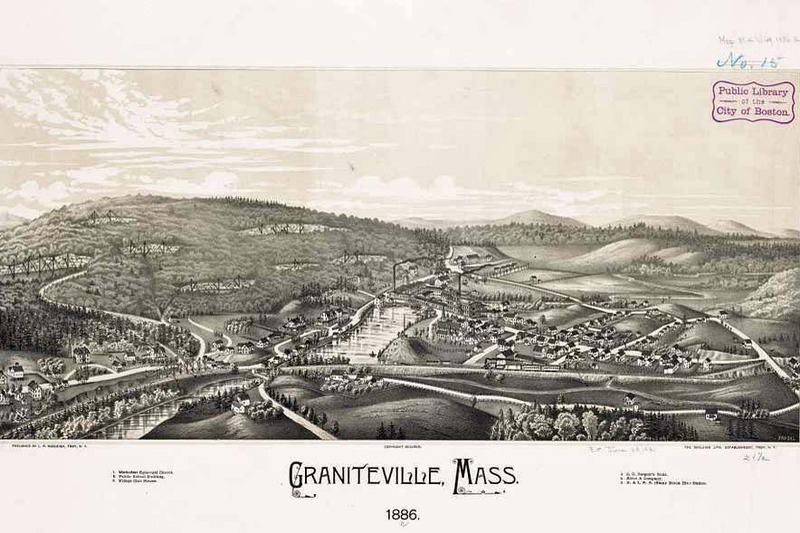 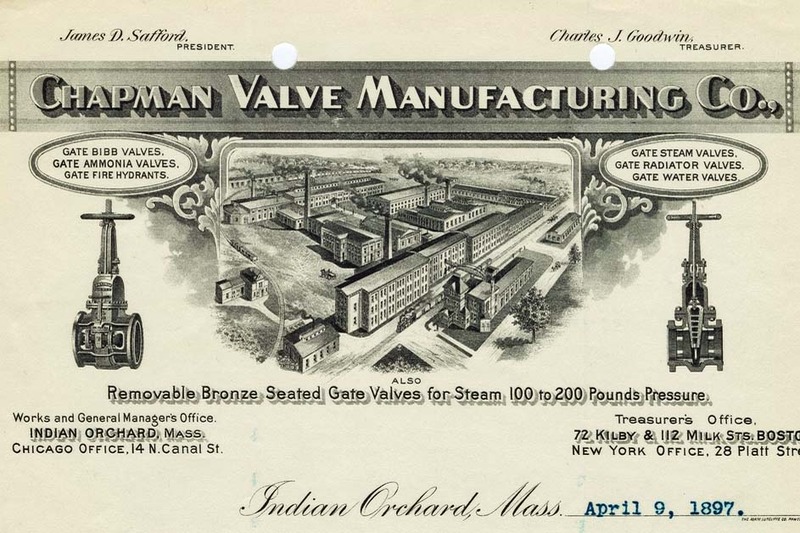 Chapman Valve supplied valves to the MED and the AEC. In 1948, Chapman Valve machined uranium rods into slugs for the Brookhaven National Laboratory. Uranium slugs were used as reactor fuel. Chapman may also have conducted rolling operations on uranium metal in 1949. During the 1948 and 1949 time period, the Chapman Valve building located on Dean Street in Indian Orchard was part of the Chapman facility and not a distinct and separate location. Bechtel National, Inc., with Interstate Nuclear Services and Thermo Nutech as subcontractors, performed remediation in 1995 as part of the Formerly Utilized Site Remediation Action Program (FUSRAP)
During the period of residual contamination, as designated by the National Institute for Occupational Safety and Health and as noted in the dates above, employees of subsequent owners and operators of this facility are also covered under the Energy Employees Occupational Illness Compensation Program Act. 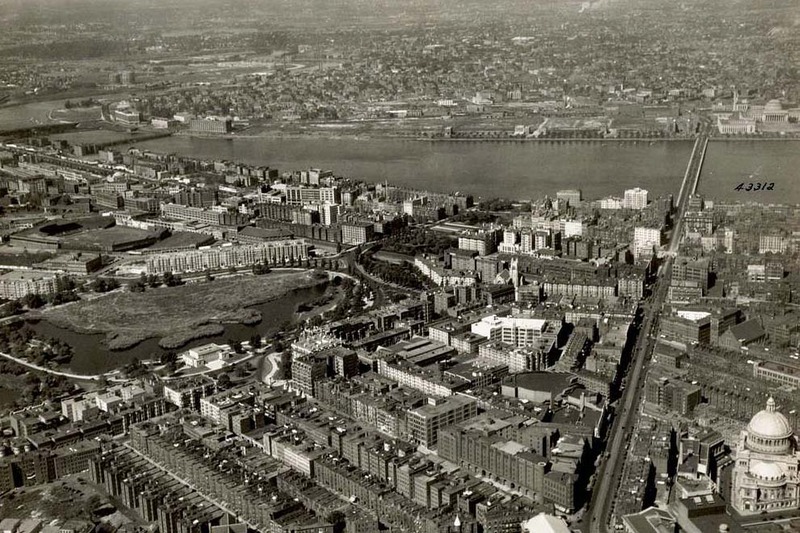 EG&G was under contract to the AEC during the period from 1950-1953 for "research and development and manufacturing incident to the installation of scientific test instrumentation at AEC test sites; design, manufacture, test, maintenance of operations systems, weapons systems; and participation in weapons test evaluation." It is unclear from the documentation whether any radioactive materials were handled at the Boston location. 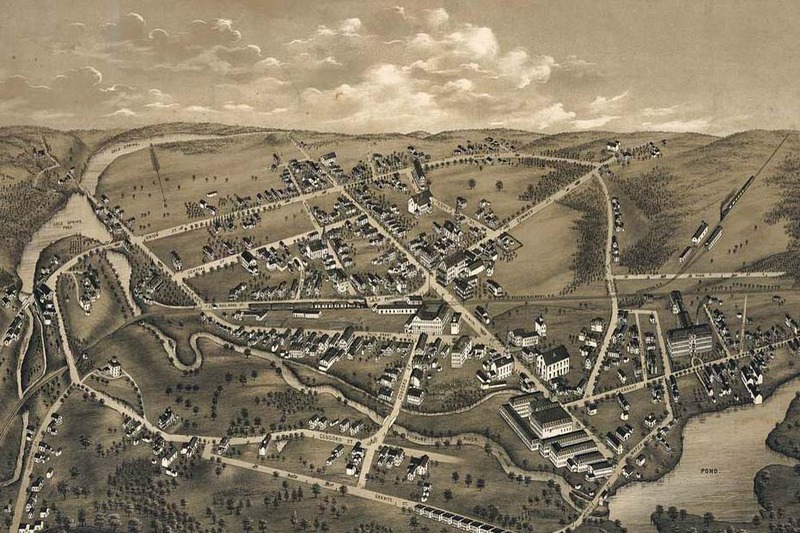 In 1967 and 1968, National Lead of Ohio (Fernald) asked Fenwal to conduct tests aimed at determining the capabilities of Fenwal's fire extinguishing equipment for suppressing fires originating in uranium contaminated magnesium. The tests were conducted at Fenwal facilities and involved small amounts of uranium. Some Fenwal employees later traveled to Fernald to service fire suppression equipment. 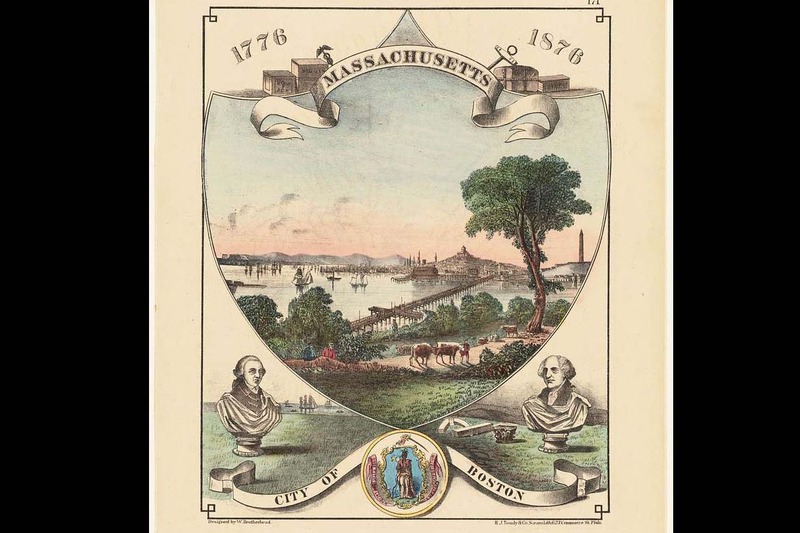 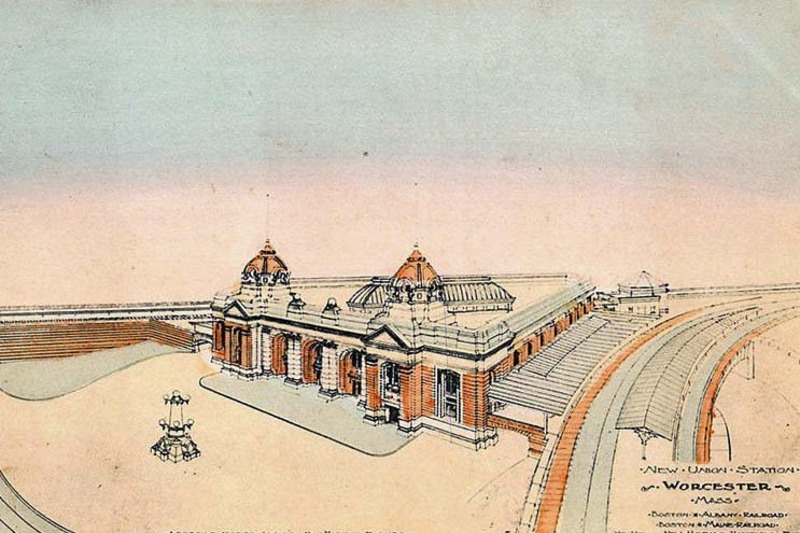 National Lead of Ohio (Fernald) conducted tests on a drilling machine at the Heald facility. The tests involved drilling a few uranium slugs on the machine which Fernald intended to purchase. 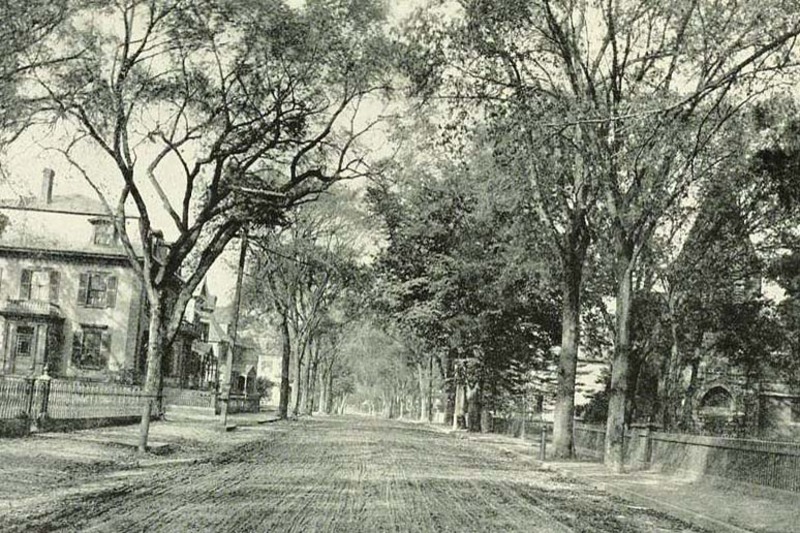 In 1946, the Massachusetts Institute of Technology (MIT) relocated the work it had been performing under Manhattan Engineer District (MED) contracts into the Hood Building as a means of consolidating work with unique health hazards. The MED, and subsequently the Atomic Energy Commission (AEC) owned the Hood Building, which was located adjacent to the MIT campus. Contractors working in the Hood Building performed the same work that was previously performed on MIT's campus, including work with uranium, beryllium and other metals under contract with the MED and AEC. In 1954 Nuclear Metals Inc. was established and took over the work that MIT had been performing in the Hood Building. Those operations continued until October 29, 1958, when the work was relocated again. The Hood Building was subsequently demolished after which the AEC released it to its new owners on July 11, 1963. 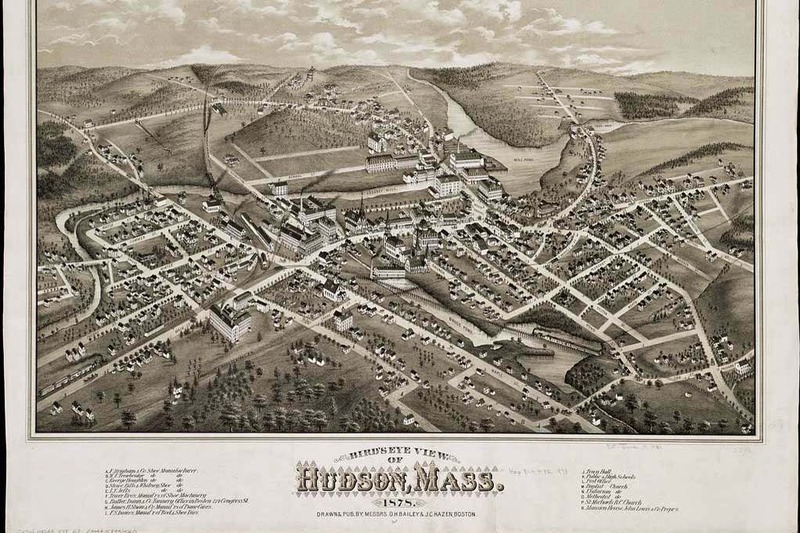 National Lead of Ohio (Fernald) conducted a single test involving the use of uranium metal on a broaching machine and an arbor press at the La Pointe Machine Tool Company facility. 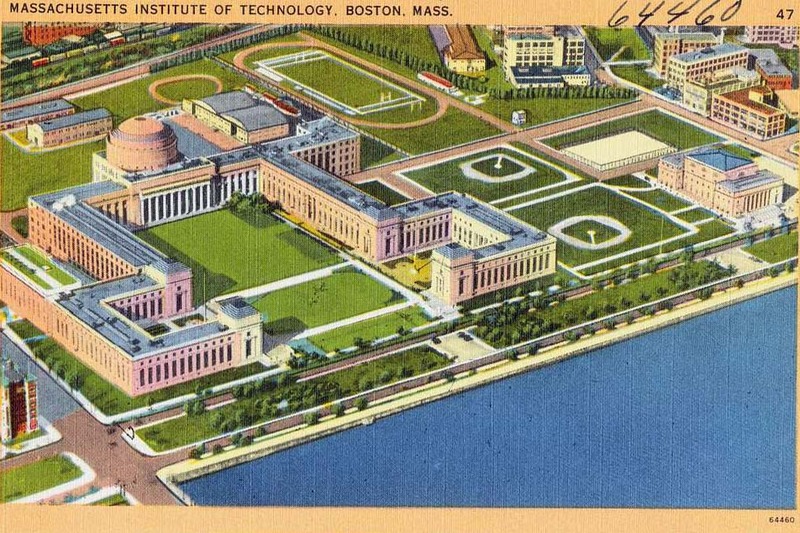 The Massachusetts Institute of Technology (MIT) began experimental work on producing uranium metal in the spring of 1942 using a process involving melting and casting. It is this uranium metallurgical work which took place on the MIT campus by MIT employees that supports its designation as an Atomic Weapons Employer (AWE).
MIT is also designated as a beryllium vendor. MIT's work with beryllium was known as the "Metallurgical Project" and started when it entered into a research and development contract with the Manhattan Engineer District (MED). The Metallurgical Project involved studying the characteristics of beryllium metal and attempting to make a satisfactory beryllium-uranium alloy. In addition, beryllium oxide crucibles were made for use by the MED.
After a number of its employees contracted beryllium disease, MIT consolidated the activities described above in an off-campus site known as the Hood Building, which is a separate covered facility under the EEOICPA. The transition to the Hood Building was complete by the fall of 1946. 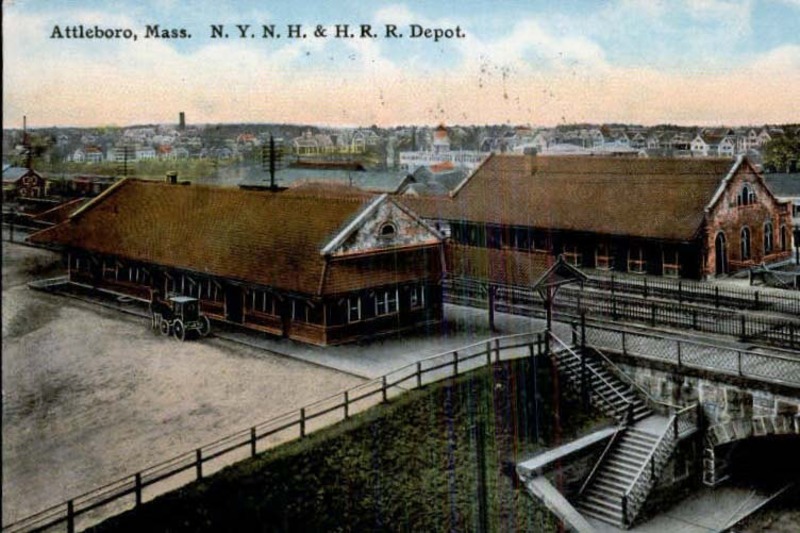 Records indicate that Metals and Controls Corporation fabricated fuel elements for production reactors, but it is unclear whether its work related to the nuclear weapons complex. For example, Metals and Controls Corporation fabricated uranium foils for reactor experiments and fuel components, fabricated complete reactor cores for the Naval Reactors program, and fabricated uranium fuel elements for experimental and research reactors. Records indicate shipments of depleted uranium between Rocky Flats and M&C during the period from 1955-1958.
During the period of residual contamination, as designated by the National Institute for Occupational Safety and Health and as noted in the dates above, employees of subsequent owners and operators of this facility are also covered under the Energy Employees Occupational Illness Compensation Program Act. 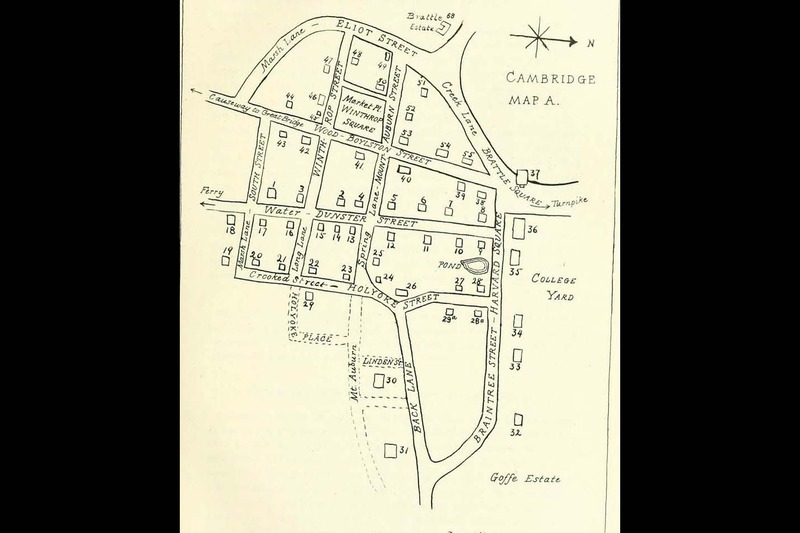 National Research had Manhattan Engineer District experience in working with vacuum centrifugal castings, in developing jets and baffles for diffusion pumps, and in developing cold trap systems. National Research's work with vacuum centrifugal castings (contract W-7405-eng-293) involved casting tubealloy (uranium metal) using the "lost wax" technique. In 1948, National Research did work for Mallinckrodt involving the vacuum melting of approximately 500 pounds of uranium.
A December 1946 letter indicates that National Research Corp. requested a "leak detector for use in connection with some special development work on beryllium." It is not clear whether this work was ever actually done.
During the period of residual contamination, as designated by the National Institute for Occupational Safety and Health and as noted in the dates above, employees of subsequent owners and operators of this facility are also covered under the Energy Employees Occupational Illness Compensation Program Act. 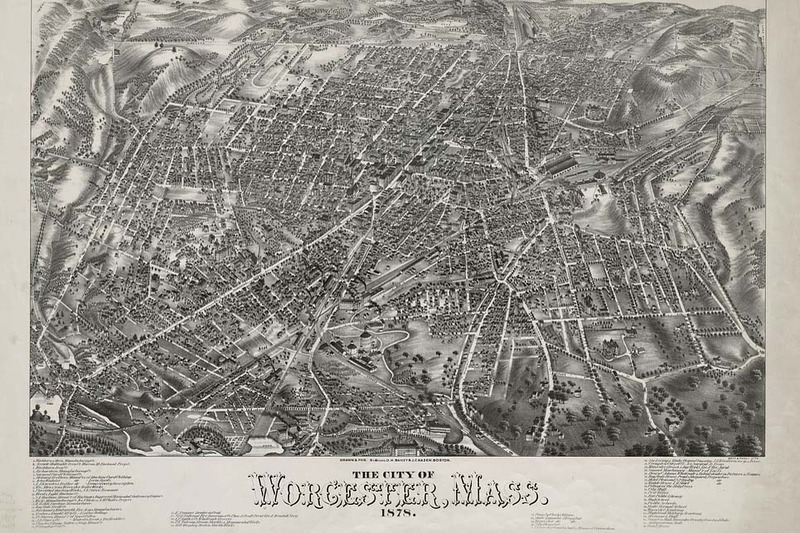 Norton manufactured refractory products from boron, beryllium, uranium, thorium, and magnesium oxide for the MED and the AEC.
As early as 1943, Norton was providing boron to the SAM laboratory. Documents show that Norton began working with beryllium for the MED in approximately September 1944 and that work with beryllium continued through 1956. Work with thorium and uranium continued through 1957 at Norton's Worcester location.
Norton continued to manufacture refractory products until at least 1965 for the AEC weapons complex, including Rocky Flats, Hanford and Y-12. However, after 1957 these contracts specified that the refractory products were to be made out of magnesium oxide. Since magnesium oxide is not radioactive, Norton's work with it does not qualify it as an Atomic Weapons Employer for these years.
During the period of residual contamination, as designated by the National Institute for Occupational Safety and Health and as noted in the dates above, employees of subsequent owners and operators of this facility are also covered under the Energy Employees Occupational Illness Compensation Program Act. 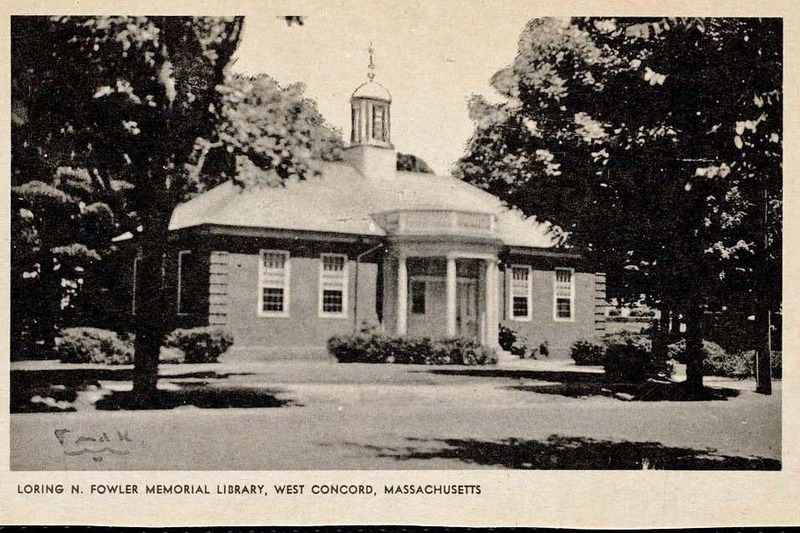 Nuclear Metals, Inc. was incorporated in 1954 as a DOE contractor to take over the research and development work previously performed by MIT's Metallurgical Laboratory. The work performed by Nuclear Metals, Inc. employees during this period is covered under EEOICPA under a separate facility listing. (See the Hood Building.) However, on October 29, 1958, the company moved from the Hood Building to their new West Concord location, and that is the location described in this listing.
In 1958, Nuclear Metals began operating as an AWE facility that produced depleted uranium products, primarily as penetrators for armor-piercing ammunition. It also supplied copper-plated uranium billets that were used to fuel Savannah River's production reactors. Other work at this facility included the manufacture of metal powders for medical applications, photocopiers and other applications. Thorium and thorium oxide were also handled at the site under license to the NRC.
During the period from 1962-1986, Nuclear Metals was the sole source supplier for beryllium alloy end closure fuel element rings used in the “N” Reactor in Richland.
During the period of residual contamination, as designated by the National Institute for Occupational Safety and Health and as noted in the dates above, employees of subsequent owners and operators of this facility are also covered under the Energy Employees Occupational Illness Compensation Program Act. 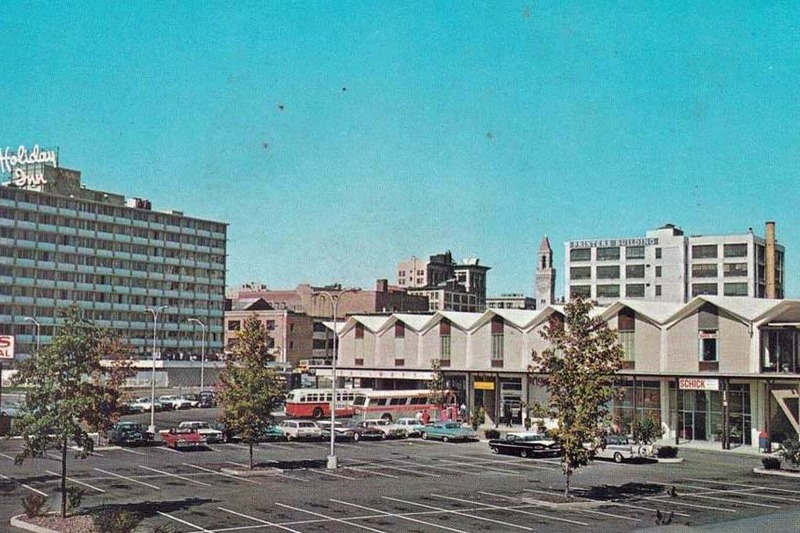 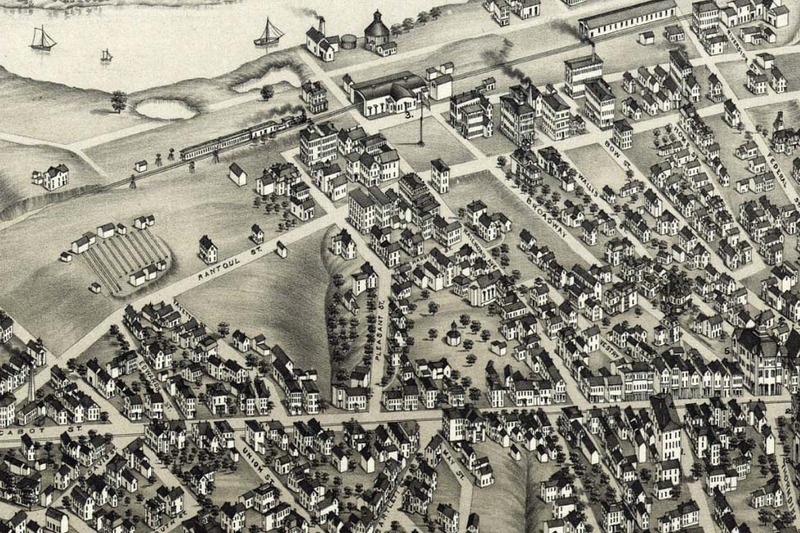 From 1942 to 1948, Metal Hydrides Corp. was under contract to the Manhattan Engineer District and the Atomic Energy Commission to convert uranium oxide to uranium metal powder. This work, as well as later operations to recover uranium from scrap and turnings from a fuel fabrication plant at Hanford, was conducted at a foundry at the site. During this period, Metal Hydrides was the AEC's primary uranium scrap recovery contractor.
Cleanup activities at this location included the removal of an underground storage tank in 1986. Further remediation was performed between May 1996 and August 1997 by Bechtel National Inc. and a number of local subcontractors as part of the Formerly Utilized Site Remediation Action Program (FUSRAP).
The plant is currently owed by the Ventron Division of Morton International.
During the period of residual contamination, as designated by the National Institute for Occupational Safety and Health and as noted in the dates above, employees of subsequent owners and operators of this facility are also covered under the Energy Employees Occupational Illness Compensation Program Act. 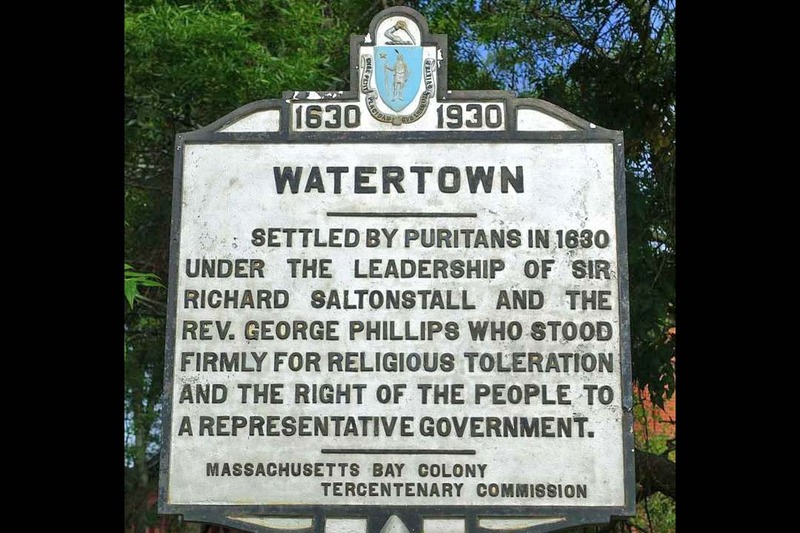 Watertown Arsenal is no longer a covered EEOICPA facility.  Building 421 at the Watertown Arsenal, Watertown, MA was leased by the AEC for use under AEC contract #AT(30-1)-956. Work at this location was a continuation of the work begun in 1946 by the Massachusetts Institute of Technology on methods of extraction of uranium and thorium from ore and to prepare metal grade uranium tetrafluoride. This work continued at the Watertown Arsenal until October 1952, when it was transferred to the Winchester Engineering and Analytical Facility. After this work was transferred to the Winchester Facility, the AEC contracted with National Lead of Ohio (NLO) to perform work in building 421 of the Arsenal involving reducing hollow uranium tubes by the Hamiroll Swaging Process.
The U.S. Army performed work involving depleted uranium in buildings 34 and 41 of the Watertown Arsenal. This work did not involve the AEC and is not covered under EEOICPA. 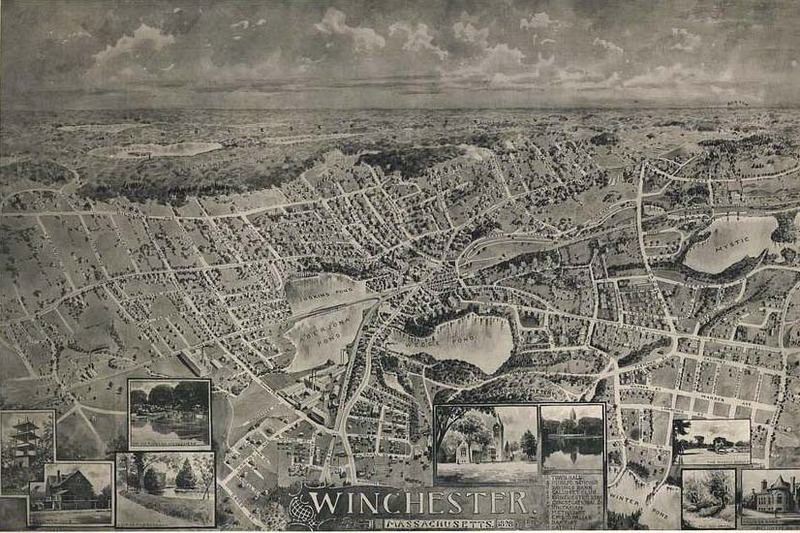 The Winchester Engineering and Analytical Center, built in 1952 under sponsorship of the AEC, was used to continue development of methods for extraction of uranium and thorium form ore and to prepare metal grade uranium tetrafluoride. Massachusetts Institute of Technology (MIT) began the work in 1946 at Cambridge, MA and continued the work after it was transferred later that year to Watertown Arsenal, Watertown, MA. American Cyanamid Company succeeded MIT in operating the project at Watertown Arsenal from 1951 until October 1952, when it was transferred to the Winchester Facility. In 1954, National Lead Company, Inc. took over operations under AEC contract AT(49-6)-924. Beginning in 1959, facility use shifted to laboratory testing of environmental analysis methods pertaining to uranium waste. In 1961, the work was discontinued, and the facility was transferred to the Department of Health, Education and Welfare (HEW) for use as a low-level environmental radiation surveillance laboratory and for analysis of radiopharmaceuticals. The facility is now run by the Food and Drug Administration. 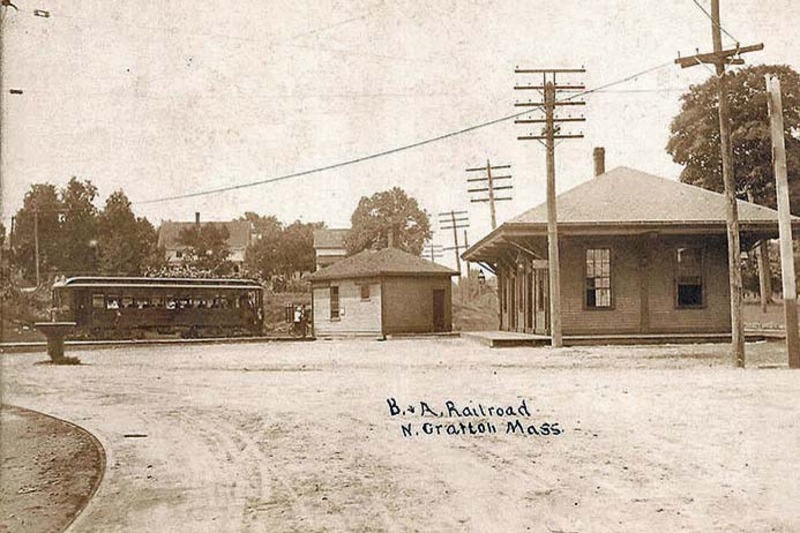